Endpoint: Safety for All Means Accounting for Human Nature 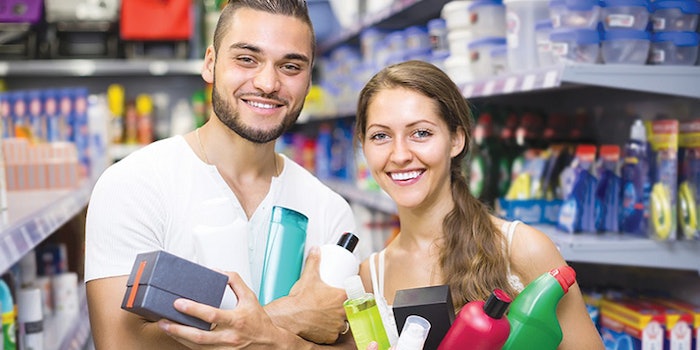 Scientifically, it’s well-known you can’t entirely prove the absence of something. As the philosophical argument goes, “the absence of evidence is not the evidence of absence.” So when it comes to testing the safety of chemistries for consumers, the closest we can get is a strong generalization for how an ingredient behaves in typical individuals, under typical use levels and conditions. So much for the precautionary principle.

In most cases, testing can accurately assess the safety of materials for a majority of the population. But there will always be cases where atypical use conditions or individuals will experience atypical results. Allergies and sensitivities to components in cosmetics, fragrances, food or other products are perfect examples, which is why labeling is crucial to warn sensitive consumers of known potential reactions.

"Once you add “typical” biology and human nature to the equation, calculations become more difficult and dynamic; thus, predicted behaviors must be combined and redefined."

How, then, does a product developer know if there is potential for reaction? Many employ standard toxicity and irritation testing for topical ingredients, or look to historical data for chemicals that are generally recognized as safe. More recently, predictive models have been developed to determine the probability for reaction. Here, we look to the literature to review recent work toward improving the safety testing of F&F materials.

According to Kimber et al.,1 recent epidemics of contact allergy, especially to preservatives such as methylisothiazolinone, have raised questions of whether longstanding safety/risk assessment processes are working. These authors therefore reviewed the fundamental model by which toxicology and skin sensitization are tested: quantitative risk assessment (QRA). This assessment is led by the tenet “the dose makes the poison.”

In short, skin sensitization QRA was found to function adequately but only if two essential criteria are met: 1. that QRA is applied rigorously—i.e., to identify levels of exposure below what are required to induce skin sensitization; and 2. that potential exposure to the sensitizing substance is assessed adequately.

Regarding the latter, this means accounting for, as much as possible, inter-individual susceptibilities due to: age, sex, race, genetic factors and compromised skin; product matrix, including other formula components that cause skin irritation or enhanced skin penetration; and product use patterns such as frequency, occlusion and dermal integrity.1

Taken together, the authors concluded the use of QRA is useful since, at the very least, it can provide essential feedback that can further refine the QRA process itself.

Carvone is an example of an a,b-unsaturated cyclic ketone commonly used in F&F that acts as a Michael acceptor; it can also be a skin sensitizer. In relation, a new study2 shows how a fragment-based thiol reactivity profiler can calculate the skin sensitivity potential and toxicity against Tetrahymena pyriformis for such Michael acceptors.

Here, the reactivity parameter -log RC50(calc) was used to predict the toxicity for both end points, i.e., skin sensitivity and toxicity, with excellent accuracy, as compared with the LLNA. However, the authors noted the importance of well-defined applicability domains for each end point.

For example, assessments with T. pyriformis were defined in terms of the speed with which the Michael acceptor reacts with thiol; this produced two different quantitative models for faster and slower reactions. The first, for fast-reacting chemicals, required only the -log RC50(calc) descriptor. But the second required an added descriptor for hydrophobicity. Overall, the results demonstrated the results from fragment-based thiol reactivity profiling could be used to develop structure-activity relationship models for potential toxicity when thiol reactivity is the driver.

Two heads are better than one, as they say, and the same argument could be made for doubling up tests to prove safety from different angles. This is the approach Otsubo et al.3 used in a study integrating two strategies to assess skin sensitization: the KeratinoSens gene assay and the h-CLAT in vitro sensitization test, whose paired capabilities were compared with the LLNA assay and human data.

In this study, a dataset of 203 chemicals was tested. In cases where two negative results indicated a non-sensitizer, the binary test battery matched the assessment at a sensitivity level of 93.4% or 94.4%, according to the LLNA or human data. Taking predictive limitations into account, the authors concluded the binary test battery had high sensitivity, and therefore could be used as part of a bottom-up approach to predict the potential of a material to cause skin sensitization.

Does In silico Compare?

How well do in silico tools measure up against actual sensitization tests? Authors Verheyen et al.4 wanted to find out. They assessed public domain and commercial in silico tools that were either statistically based or rule-based. According to the authors, in silico tools are often used for gap-filling and read-across functions but here, these tools were limited to making predictions based on the presence or absence of structural features associated with sensitization.

The researchers started with the top 400 substances of the ATSDR 2011 Priority List of Hazardous Substances,5 and experimental information was identified for 160 chemically diverse substances (82 positive and 78 negative). In silico predictions were compared with experimental data.

Results indicated that rule-based tools performed slightly better than statistical tools, although as would be expected, combining the models increased accuracy. All in all, however, the total number of substances that were predicted for positive or negative skin sensitization in both models was low. The authors noted that adding more substances to the dataset would increase confidence in the conclusions they reached.

Progressive modeling and Big Data are moving safety testing in an in silico direction. However, it appears only some models can approximate chemical behavior. Once you add “typical” biology and human nature to the equation, calculations become more difficult and dynamic; thus, predicted behaviors must be combined and redefined.