Endpoint. Thinking Outside the Perfume Bottle 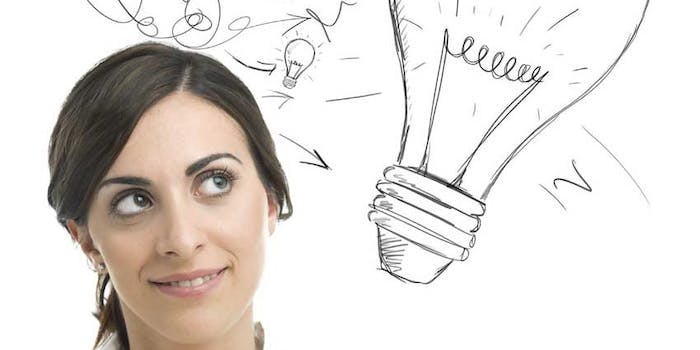 Once upon a time, science fiction would have us believe a remote scan could physically teleport us through space and time, instantly zapping away the headaches of an outer space commute. As it turns out, this wasn’t too far from the truth. We can be transported, or rather our likenesses can, via Facetime, Skype or Facebook Live. It’s not exactly what sci-fi writers had in mind, but we reached nearly the same conclusion in an indirect, completely unexpected way. I sense this may be the path to future F&F development.

This is not to say the discovery and development of traditional flavor and fragrance materials shouldn’t continue. Indeed, this is the crucial lifeblood of the industry. But insights from peripheral disciplines could uncover entirely new approaches to taste and smell experiences, catapulting beyond incremental molecule design tweaks. How?

Take semiotics, the study of meaning-making, for example. A new reviewa explores how food and language share “modes for making meaning and wielding power in human societies,” especially through the multiple senses they engage. According to the review, these interrelationships seem self-evident because both speaking/communicating and eating seem so necessary to human existence.

The extent to which these systems are intertwined and appeal to emotion are the epitome of what fragrance design is all about. How could this insight benefit the F&F industry? A few interesting areas on which we’ve previously reported are described here, to help us to think outside the perfume bottle.

The influence of color on flavor is well-known. A few years ago, color supplier for food and beverages, D.D. Williamson, conducted an informal taste testb with 24 students who were presented carbonated drinks colored brown, pink or colorless (clear), and asked to describe how each drink tasted. The three beverages were the same flavor: lemon-lime.

Prior to this study, the color of plates on which food was served was foundc to influence taste perception. White, round plates signified a sweeter taste. The authors of the study said these findings may be due to specific learned associations, or some sort of familiarity/novelty effect.

What could F&F take from these findings? Product and packaging colors are the most obvious implications, to appeal to the primary senses. But what about these “learned associations” might be leveraged in F&F development? Could targeted marketing extend from demographics to collective experiences?

A Feel for Flavor

Taste is more than just flavor. It integrates mouthfeel, sensory cues, texture and more—and textures are grabbing the attention of evolving consumer taste buds, according to a recent report.d

Crunchy: Yogurt with a granola or muesli add-in and similar products made up 7% of new items using texture marketing in 2016. Also popular were products that mixed soft and crunchy textures.

Creamy: Creamy foods made up 4% of 2016’s new texture-driven products, and companies rebranded existing products to show off their smooth textures.

Crispy: Thin is in, at least for chips, biscuits and pizzas. Labels for baked goods stressed the crispness of products in order to appear authentic and to appeal to the health and wellness market.

Drink density: Finally, drinks with textures and health properties, including energy gels and beverages with chia or other hard seeds, rose in popularity in 2016, making up 2% of new products.

How might texture and feel push new F&F limits? Warming or crackling fragrances? Flavor that reassembles as you eat it? How might texture pair with color, flavor, scent and collective experiences? And what about sound? All gimmicks aside, we’re now entering that familiar concept of cross-modal perception.

Last month, we discussed how music influences the way we think.e As The Daily Mail reported, food scientists found they can alter the sensation of creaminess in chocolate by playing different sounds to people as they eat it. Soft, harmonious notes made dark chocolate taste creamier whereas short, sharp dissonant notes plucked on a violin made same chocolate taste sharper or bitter.

Skin care developers wonder whether music could improve or boost the sense of skin hydration. How might it impact F&F development? Perhaps integrating sound into fragrance atomizers? Or utensils that serve up flavor with forte?

In the end, the goal is to elicit an emotion that consumers respond to and will pay for. While the answers may not lie in color textures and sounds, something that provides “nearly the same conclusion” certainly lies in the imagination.