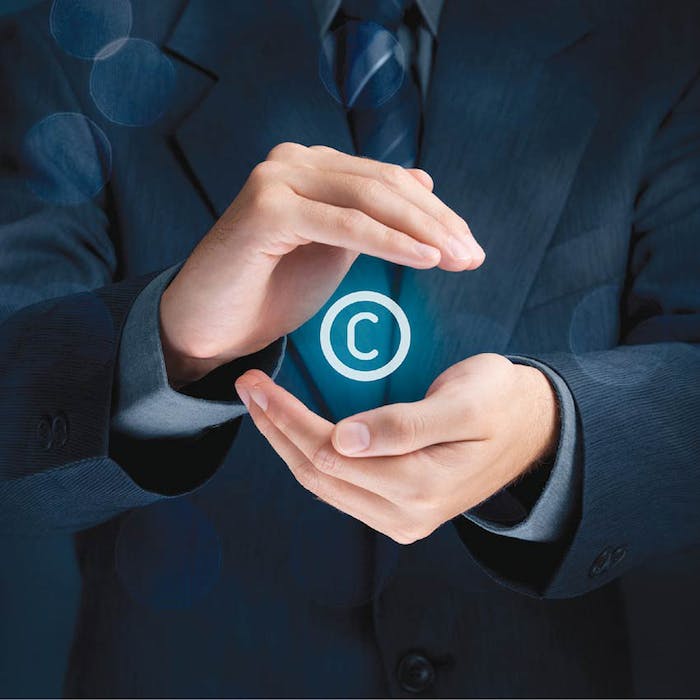 How does the fragrance industry protect products that perfumers, chemists and formulators create? Historically, the focus was on keeping secrets. Today, however, analytical techniques such as gas chromatography (GC), mass spectrometry (MS) and nuclear magnetic resonance (NMR) have made it possible to “reverse engineer” products. Using these techniques, a good analytical chemist can determine with certainty the blend of ingredients that are present in a particular product, making the unauthorized user’s job a substantially easier undertaking.

Several forms of intellectual property protection are available to the fragrance industry. Products of creative expression are protected by copyright. The way something appears can be protected by design patents, trademarks and trade dress. Compositions of matter, processes, machines or methods of manufacture are the types of inventions that can be protected by utility patents in the United States. For example, a fragrance compound patent can cover the compound itself (the composition of matter), as well as formulations containing it, methods of using it, and processes for making it.

Inventions must meet certain requirements in order to be patented. Inventions must be new, i.e., you can’t invent something that has already been invented. They also must be useful, meaning they do something, and non-obvious; inventions can’t be too similar to something that has already been invented. In exchange for filing a patent application, which teaches the world how to make and use an invention, the U.S. Patent and Trademark Office (PTO) will grant a patent. For example, a fragrance compound patent must disclose the structure of the compound and how it is made. The patent also should identify how the compound is used; as a perfuming ingredient, for example.

A patent gives a patent owner the right to block others from using the invention claimed by the patent, including making, using, selling and offering to sell the invention for the term of the patent—which by law is 20 years from the date the initial patent application was filed. A patent owner can sue unauthorized users for patent infringement. If patent infringement is discovered, it generally is remedied by removal of the infringing product from the market place and financial damages paid to the patent owner.

It can cost from tens of thousands up to hundreds of thousands (if not millions) of dollars to prepare and prosecute patent applications and to maintain granted patents. Due to the expenses involved, corporations and other organizations such as hospitals and universities are more likely to pursue patent protection than individual inventors.

How to Read a Patent

A wealth of information is included in a granted patent. The front page is called “the face” of the patent. The patent face gives the grant number, the grant date, the application serial number and filing dates, the inventors, the patent owner (or assignee), the patent classification, any related applications, and the references cited by the Examiner and patentee during the examination process, as well as a brief abstract.

The largest part of the patent is a “specification” that broadly describes and contextualizes what the invention is and how it is made and used. The specification is organized into a series of sections—i.e., the background, summary, detailed description and examples.

The last part of the patent covers the claims, which more narrowly define what the patent owner has an exclusive right to use, make, or sell. The claims circumscribe what is covered by the patent in the way that a property deed defines the boundaries of a piece of land. The claims of a patent should be read first. The specification is used to explain the meaning of the claims and gives examples to explain how the invention works.

Utility Patents in the Fragrance Industry

Since the last half of the 20th century, advances in synthetic organic chemistry, as well as the development of GC, MS, and NMR techniques, have led chemists to believe that any molecule they can envision can be made. This has been the case for much of chemistry in general, and many new fragrance compounds have been made in the laboratory. Fragrance compounds that are not found in nature but made in a laboratory are referred to as “synthetic compounds.”

As noted, utility patents can be obtained on new fragrance compounds as “compositions of matter” patents. These allow a fragrance company to exclude others from making, using, or selling that fragrance compound for 20 years. The same instrumental techniques that help counterfeiters determine the composition of perfumes help the branded fragrance patent holder to identify infringing products.

The U.S. PTO keeps track of the total number of patents granted annually. This information is available online from the PTO and from vendors such as Thomson Innovation. As an example, three utility patents were granted in 1790, the first year for which grant data is available. By comparison, the number of patents granted in 2005 was 143,806. Over the next 10 years, the number doubled, and approximately 300,000 utility patents were granted for each of 2014 and 2015.

Since patents are classified by the technology claimed, it is possible to estimate patent grant data for the fragrance industry as a subset of the total number of patents granted. Perfume compositions, for example, were grouped in Class 512 until recently, when the PTO harmonized the patent classification system with other countries. Between January of 1870 and April of 2015, a total 1,685 patents were granted in class 512. Approximately 459 (28%) of these were issued in just the last 10 years, i.e., between 2005 and 2015.

In 1870, a single patent in Class 512 was granted, whereas in 2014, 58 patents were granted, representing an increase in grants of 5,800%. Although those 58 patents represent a small fraction (0.02%) of the total number of utility patents granted in the United States in 2014, the increase in patent grants annually, both generally and for the fragrance industry, can be attributed to the growing (and continued) importance of patents in the global economy.

Utility patent grants also can be tracked by the identity of the patent owner (assignee). Based on data from the PTO and Thomson Innovation, between 2005 and 2015, approximately 687 utility patents covering flavor or fragrance ingredients were granted to group industry leaders Givaudan, Firmenich, International Flavors and Fragrances (IFF), Symrise and Takasago. As summarized in T-1, Firmenich had the most utility patents granted, with 170, and IFF had the least, with 119. For comparison, over the same 10-year period, IBM, a top company in U.S. patent grants, obtained 23,601 utility patents. T-1 also indicates that the majority of flavor and fragrance patents granted between 2005 and 2015 are owned by non-U.S. companies: Firmenich, Givaudan, Symrise, and Takasago.

T-2 summarizes the data by year for the five industry leaders. The number of granted utility patents more than doubled between 2005 and 2015, from 38 to 105 patents. This trend is in line with the general patent trends discussed above, where the total number of utility patents granted in the United States doubled between 2005 and 2015. In 2015, the total number of patents granted was 105. For comparison, IBM was granted the most patents of any organization in 2014 alone, with more than 7,000.

F-1 breaks down the patents issued to industry leaders by claim type. As indicated above, claims can be directed to compositions of matter, formulations, methods of use, and processes for making. Each of the 687 patents was classified based on the claimed subject matter. Of the 687 patents, 208 (30%) claimed one or more compounds, followed by 181 (26%) formulations, 129 (19%) processes for making, 104 (15%) methods of using, 38 devices (6%), and 27 (4%) miscellaneous patents, covering subject matter such as diagnostics methods, which did not easily fall into one of the other categories.

For fragrance compounds that are not found in nature but designed in a laboratory, patents claiming compounds, formulations, methods of using, and processes for making provide a continued deterrent to unauthorized use by competitors. The patent data presented in this article indicates that the fragrance industry continues to pursue U.S. patent protection for fragrance compounds and other inventions.