A Rapid Test for the Identification of Incense Resins 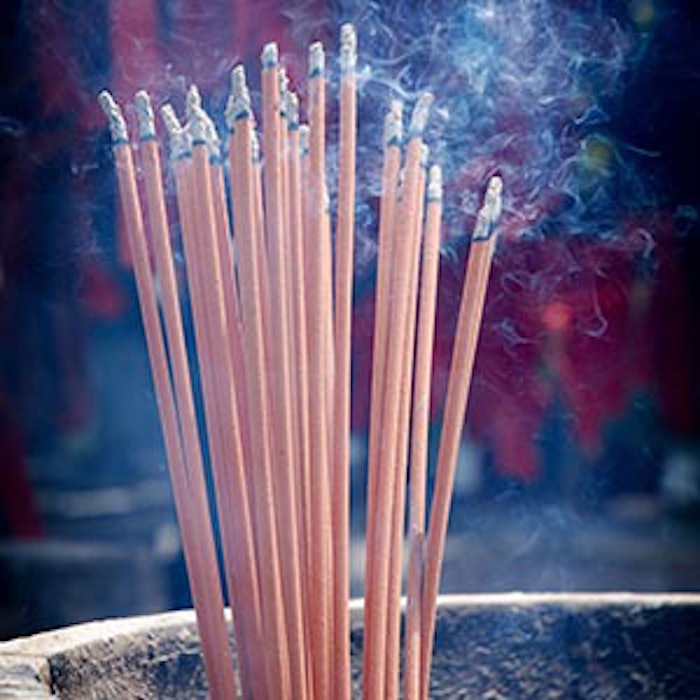 Olibanum, or frankincense, is a gum resin that as been collected since ancient times from trees of the genus Boswellia. There are about a dozen species of Boswellia, which grow in India, Arabia, and the eastern coast of Africa, of which four have been important commercial sources of olibanum.

Olibanum bas been used as an incense since Biblical times and is still used in Roman Catholic, Episcopal, and Eastern Orthodox churches. It also has an important use as a fixative in perfumes, soaps, creams, lotions, and detergents.

The olibanum that is used commercially in the United States in the perfume industry and in incense manufacture comes from three countries, India, Eritrea, and Somalia, and that used in Europe comes also from Aden. These resins differ in their properties and it is expected that they differ also in their botanical origin (species). Consequently, methods for distinguishing them and for identifying their respective species would seem to be essential.