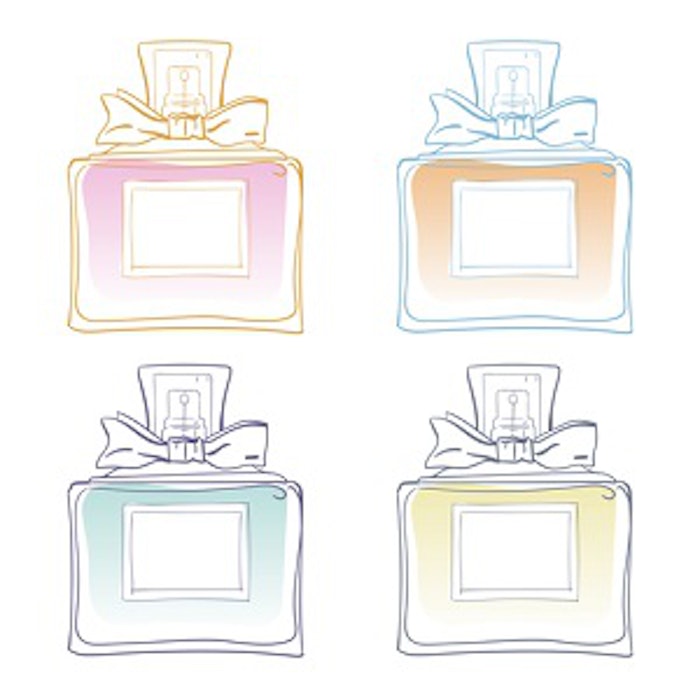 Primal and instinctive, they are more powerful in shaping perception of the world than any smart technology. For the perfumer, understanding the complex relationship between the senses brings a new facet to the craft as fragrance moves from art to science. Each sense brings a wealth of information about an experience—be it product, place or person.

Sight: Sight is the primary human sense; far more of the brain’s sensory capacity is devoted to ocular stimuli than to any of the other four senses. Due to this, the other senses can be deceived by sight. For example, the perception of the flavor of a food or drink can be altered by what it looks like. In a 1980 study, Du Bose et al. demonstrated that while most people perceived a cherry-flavored drink to taste of cherry when it was colored cherry red, many thought it tasted of lime when it was colored green, and nearly 20% thought it tasted of orange when colored orange. The pleasure derived from consuming food and drink can also be enhanced if it looks right, i.e. if it fits into a preconceived construction of how we think it should look. For example, people prefer the smell of fresh fruit more strongly if the product is an appropriate color.

Hearing: This sense also proves vital, as it is one of the most important senses for social contact and interaction. In today’s hectic society, people are busy processing audio signals from multiple sources, often simultaneously. Along with vision, hearing is the primary sense for gauging distance and provides an excellent early warning system, alerting the body to what it can’t see. However, hearing can also be deceived by sight. An excellent example of this occurs at the cinema. The sounds of people speaking in the film are perceived as coming from the lips of the people on the screen, but in fact the sound comes from the speakers in the theater.

Touch: As one of the first of the senses to develop, touch provides our most fundamental means of contact with the world. Touch enables people to share their feelings with others; in fact, a child’s first lesson in loving comes from the cuddling he/she receives.

Both hearing and vision can dramatically alter a person’s emotions. This is illustrated by the “parchment skin illusion.” Jousmäki and Hari reported that they could make people feel as if their hands were smoother and drier, or rougher and moister simply by manipulating the sounds that the participants heard when they rubbed their hands together (by either boosting or cutting all high frequency sounds above 2 kHz). This highlights one of the most interesting aspects of sensory interactions. While intuitively it might be expected that the only way to change how something feels is by changing its tactile qualities, contemporary research now supports the view that often the most effective way to change how things are experienced in one sensory modality is by altering how another “unattended” modality is perceived.

Smell: Smell is the sense most closely linked to the emotional centers of the brain. Although more of the brain is dedicated to vision than to any of the other senses, more genes are devoted to the sense of smell (1%) than to the detection of all of the other kinds of sensory information. People possess an excellent ability to detect and discriminate odors but most have great difficulty in describing them verbally. Despite this fact, odors have an extraordinary ability to trigger memories of past events, sometimes from many years ago. The latest two-stage study, directed by myself and John Behan, also of Givaudan, discloses that some reactions to scent are learned and depend upon the cultural traditions of one’s society, while others are “hardwired” into the human brain and are therefore consistent across disparate populations.

Like other senses, the sense of smell also can be deceived. During a television program about the senses, O’Mahony told the audience that when they heard a tone they would experience a pleasant country smell. Many viewers wrote in to report that they had perceived the smell of grass or hay. Several people even wrote to complain that they had suffered from attacks of hay fever and sneezing after listening to the tone. The belief that an odor was present was sufficient to trigger these sensations in many people even though the odor was not actually there.

Further evidence shows that smell has a defining influence over the more emotional and associative drivers of choices because it has a hotline to moods through the biological link between nose and brain. To understand how it works requires the unraveling of the subtle links between fragrance and feelings.