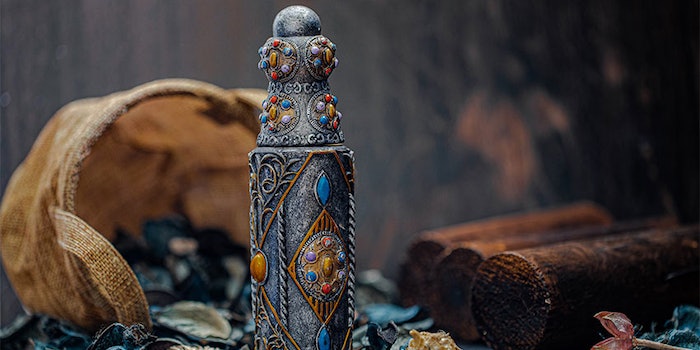 “Oud;" the word invariably precedes an exclamation mark or a twinkle in the eye! It’s like the mystical code for olfactory seduction, or that secret word which unleashes an enchanting magic of supernatural powers like in fictional Hollywood movies.

An Indian perfume merchant gushing “oud hai bhai oud” (it’s oud brother, its oud!) with a sense of awe and importance, a classy French parfumeuse whispering “ah, c’est le bois de oud,” or bearded billionaires from the Gulf States taking pride in casting a spell with the captivating sillage of this scent of mystery, all reflect the universality of oud’s inherent magic.

It is the same primordial wood that the Indian Vedic mystics called "agar" and the sages of the far east called "gaharu," the Hadiths of Prophet Muhammad addressed as "oud" and the Old Testament as "aloes" or "aloeswood." While Ayurveda, the ancient Indian science of medicine, speaks volumes about its healing gifts, the Psalms of David glorify it with the words, “All Your garments are fragrant with myrrh and aloes and cassia; Out of ivory palaces stringed instruments have made you glad” (Psalm 45:8).

When the bark of a certain tree species found in parts of South and South East Asia becomes infected, it yields a resinous hardwood which is extracted. While some of the wood is used as incense, some of it is distilled to extract the world’s most exotic natural oil known by its most popular name "dehn al oud," Arabic for "fat of the wood."

Apart from its historic significance, oud has, today, become one of the most sought-after perfumery ingredients the world. While the Arabs passionately honed it for centuries, modern day western perfumery is waking up to its sublime aromatic qualities.

Nearly all offerings in the perfume markets of the Middle East bear the word ‘oud’ on their labels. In recent times, renowned western brands like Ralph Lauren and Tom Ford have quite successfully dabbled with oud.

One of the world’s most respected oud distillers is Tajul Islam Bakshi of Assam Aromas. Based in Assam, an eastern Indian state famed for its vast reserves of agar or agarwood, his artisanal ouds are a subject of great fascination and discussion in world perfumery and among fragrance lovers and connoisseurs from diverse regions of the globe.