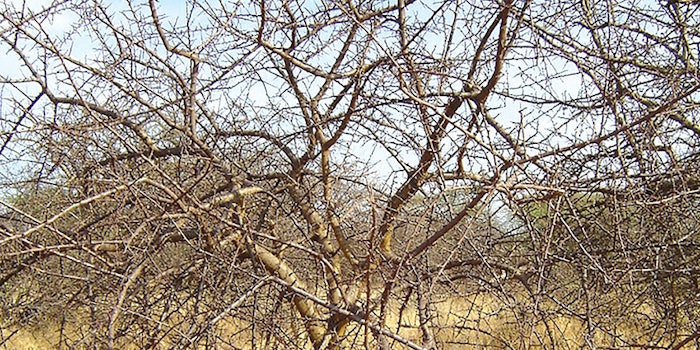 Species belonging to the genera Boswellia and Commiphora in the Burseraceae family are well-known for producing commercially important aromatic resins, which are used traditionally for both religious and festive purposes as well as in medicine.1-3

There is difficulty in establishing the botanical identity of some species’ complexes in the Burseraceae family. For example, the species under investigation, C. confusa was given the epithet “confusa” as it was confused with Commiphora africana, which it closely resembles.5 This study is a first of a series of publications titled “Establishing an International Identity for the Lesser known Frankincense and Myrrh Producing Species from northern Kenya and southern Ethiopia,” which was funded by the Eastern and Southern Africa Partnership Program (ESSAPP).

Boswellia neglecta is a shrub or tree that grows to 6 m high with smooth dark grey bark. It occurs in Acacia-Commiphora woodland, wooded grassland and bushland, Acacia-Boswellia-Terminalia woodland, between altitudes of 600 m and 1,750 m, on rocky sandy soils, close to or on the slopes of rocky hills and mountains, in Southern and Southeastern Ethiopia (Sidamo, Bale and Harerge Floristic Regions) and in Eastern Africa (North and East Kenya, Northeast Uganda and Northeast Tanzania) between 150 m and 1300 m, and also in Somalia.6,7

Black and white resins of B. neglecta exude from the trunk during the dry seasons. Both are aromatic and sold as incense. The white resin exudes from the surface of the bark as clear droplets. The black resin is produced in response to a wood-borer beetle larvae, and emerges from within the trunk often mixed with insect frass. In general more black resin is produced than white, but the latter, which is more aromatic and pure, is the one that is used as a chewing gum. The black resin is regularly burnt by local people as an incense to perfume their houses as part of religious, marriage and childbirth ceremonies, and used for the treatment of skin diseases and as a repellent against insects, snakes and rats.8

Commiphora confusa Vollesen (Burseraceae) is locally known in Ethiopia as Siltacho in Oromifa and in Kenya as Silchacho (Borana) and Lechingiro (Samburu). It is a tree up to 6 meters, spiny or not, with bark peeling in small yellowish to brownish flakes. It occurs in dense Acacia-Commiphora bushland on rocky slopes or quartz-strewn sandy soil over basement rocks at 600-1,300 m. It is known to occur in southern and Southeastern Ethiopia, Northern and Eastern Kenya, and Northeastern Tanzania.6 It is also to some extent planted in villages to serve as a hedge or fence, and the leaves are browsed by livestock.

In this paper we describe the results of the chemical analyses of the volatile fraction of the aromatic resins of B. neglecta, and C. confusa and the botanical identity of the samples collected from Ethiopia and Kenya. We also compare the main volatile aromatic resin components of both of these relatively lesser-known frankincense-producing species to that of Boswellia sacra, an internationally recognized frankincense-producing species from Somaliland.10