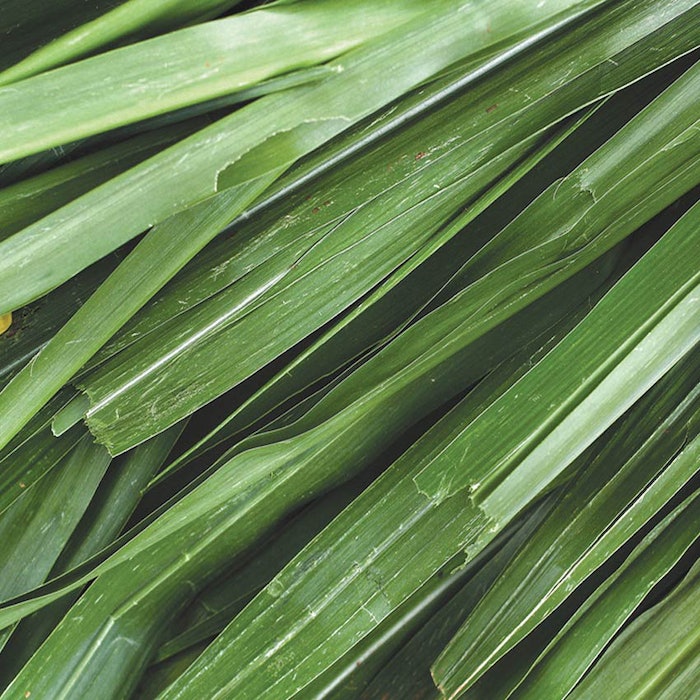 The botanical origin of vetiver oil is Chrysopogon zizanoides Roberty [syn. Vetiveria zizanoides (L.) Nash] a member of the Poaceae (Graminae) family. Vetiver is endemic to India but was transported around the world more than a century ago. The original primary use for vetiver was in the treatment of soil erosion (Maffei, 2002). Although still used to treat soil erosion because of its prolific root system, it is grown in Haiti, Indonesia, China, India, Brazil, Dominican Republic, India, Vietnam, EI Salvador, Reunion, Madagascar, etc. for the production of an essential oil. It is estimated that the world production of vetiver oil is in excess of 250 metric tonnes. There are two main chemotypes of vetiver oil. The one produced in India (known a khus oil) originates from a fertile form and the one grown outside of India which is a non-seeding, sterile form. Khus oil has been used for decades in Indian fragrances (Parekh and Singh, 2009), while the rest of the world mainly uses oil produced from the sterile form.