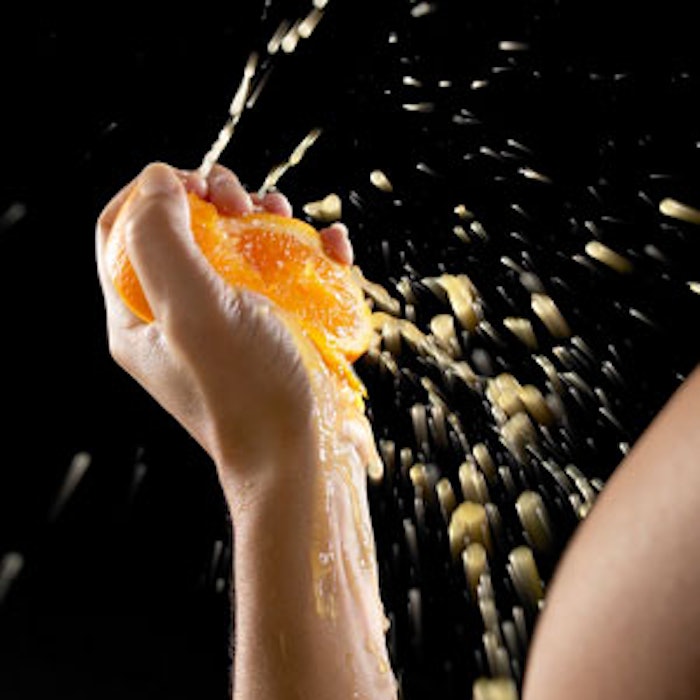 Takasago has squeezed massive amounts of innovation into the lowest levels of flavor enhancers to produce big effects in small amounts.

According to these inventors, methods for improving the flavor of food using fruits, fruit juices, fruit juice ingredients and the like are well-known. However, the foods used are limited, the production process is complicated, or the flavor-improving effect is insufficient. As such, there is a market need for a flavor-improving agent that can exhibit effects even in small amounts, giving almost no taste or smell, is highly safe, produced at a low cost and can be widely used in various food and beverages. This patent describes such an agent.

Further, the described flavor-improving agent suppresses the sourness, bitterness and astringency of foods and beverages, reducing harsh taste, contributing to a juice-like feel and contributing to a richness. In addition to foods and beverages, the agent can also be added to pharmaceutical products or oral care, as well as to flavor compositions.