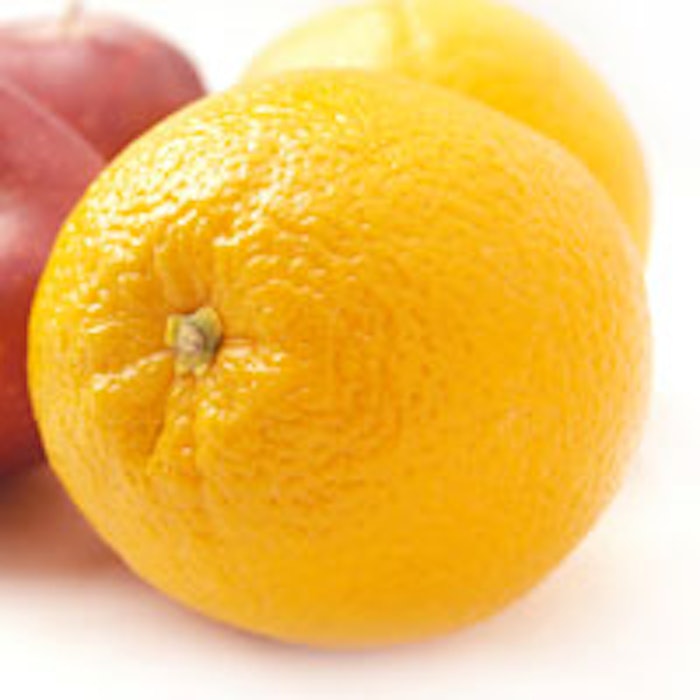 This patent covers a new and distinct sweet orange clone named "OLL-8," which was developed from an unstable sweet orange selection, designated as "OLL," using tissue culture techniques. According to the inventors, undeveloped ovules from the fruit were cultured in vitro to generate an embryogenic callus, from which multiple independent clones were regenerated via somatic embryogenesis. Regenerated plantlets (somaclones) were then grafted to Swingle citrumelo rootstock and grown in the field for evaluation.

Sweet orange clone OLL-8 was the most precocious bearing clone among the somaclone population, and thus the first to be selected for release, based on its stable propagation and outstanding qualities. OLL-8 reportedly produces high yields of high quality fruit, with exceptional flavor and juice color.

This new variety is expected to make a significant contribution to the sweet orange portfolio of not-from-concentrate juice producers in Florida and around the world. Taste panelists have repeatedly indicated OLL-8 has a favorable Valencia-like flavor profile and has the potential to improve not-from-concentrate portfolios.