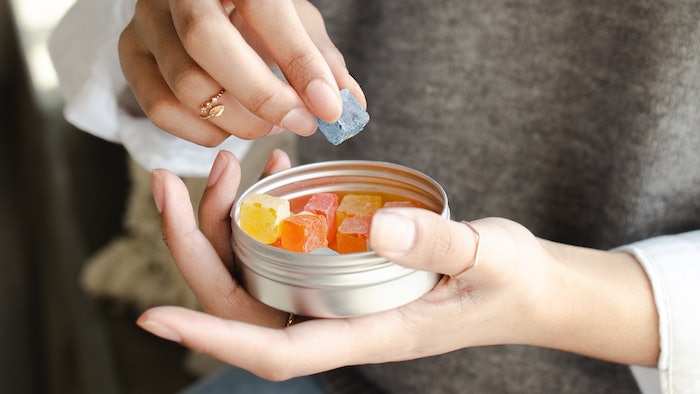 CBD has increasingly been positioned as helpful in dealing with issues like anxiety, insomnia, pain, stress and even addiction, though there is not enough scientific evidence to fully back these up.
PEXELS

Over the last decade, our attitudes toward marijuana have started to ease up, and along with that, so have government regulations. In keeping with this, a number of countries have made medical and recreational marijuana legal. Of course, it’s not a blanket free-for-all, but there is overwhelming consumer support for these changes. These changes are also what have led to the boom in CBD, or cannabidiol, a phytocannabinoid and the second most prevalent active ingredient in cannabis (THC or delta-9-tetrahydrocannabinol is the first).

CBD is not associated with the “high” that THC is and comes from both hemp and cannabis. It has earned a reputation as a therapy for various health issues, but the strongest scientific evidence for its medical effectiveness is to manage certain severe childhood epilepsy syndromes which do not often respond to anti-seizure medications. CBD has increasingly been positioned as helpful in dealing with issues like anxiety, insomnia, pain, stress and even addiction, though there is not enough scientific evidence to fully back these up. At the moment, much of the evidence is from animal studies or is self-reported.

Despite this lack of concrete evidence, CBD has become a major part of the wellness industrial complex, with products in multiple formats to appeal to a variety of requirements. Interest in CBD saw a pretty significant spike during 2018 and 2019, after the 2018 Farm Bill made hemp legal in the United States and removed all hemp-derived products (including CBD) from the Controlled Substances Act. CBD products containing less than 0.3% THC are also no longer classified as controlled substances.

Spoonshot tracks the occurrence of a particular topic over time based on articles and blogs (in the food space) published in the media, which we term as interest. In this case, the topic was CBD. We found that between January 2018 and March 2020 (just before the pandemic lockdowns started), interest in CBD had skyrocketed.

Consumer interest in CBD from January 2018 to March 2020 grew by 193%, while business interest grew by a whopping 579%. A number of new food and drink products incorporating CBD were launched, claiming relief from everyday stressors and anxiety.

But since then, interest in CBD appears to have tapered off, with consumer interest declining by 20% and business interest by 56%. There are a number of possible reasons for this:

○      In the United States, for example, CBD from hemp is legal, but CBD from cannabis is not. Under the 2018 Farm Legislation, the U.S. FDA is authorized to regulate the sale of CBD, but CBD became an approved drug ingredient when the CBD seizure medication was approved for sale in the United States. This makes CBD illegal to use in food and drink products without FDA approval.

○      Some U.S. state governments have their own rules regarding the sale of CBD products.

○      In the European Union, CBD has been classified as a “novel food,” which means that to market a CBD-based food or drink, a pre-registration authorization process is needed. Each member state has its own set of rules for use and the lack of non-harmonized rules complicates the sale of such products across borders.

○      In the United Kingdom, CBD products are not for medicinal use and are considered a food supplement when consumed. CBD food and drink products must have submitted a novel food application before selling.

And, on top of all of these reasons, CBD just does not suit some people. Everyone’s body absorbs and reacts to CBD in different ways and its efficacy may depend on things like biochemistry, metabolism, dosage, delivery system, quality of the product and so on.

In addition, there is also the likelihood of contamination with THC, given that a lot of products are released without adequate testing or standardization.

This makes the case for alternatives for CBD that offer similar benefits without many of the potential side effects. We look at three options for CBD alternatives:

Copaiba is an oleoresin obtained from the trunk of the Copaifera species of trees, found in parts of South America, particularly in the Amazon rainforests in Brazil. Copaiba oleoresins have been used extensively in traditional medicine in Brazil to heal or treat (https://www.sciencedirect.com/science/article/pii/S0731708510006011?via%3Dihub) inflammations, ulcers, skin diseases, wounds, bronchitis, acne and various other issues; many of these properties of copaiba have also been confirmed by pharmacological in-vitro studies. The ingredient has since found its way into complementary medicine as a dietary supplement, in the production of flavoring agents and food additives, and even in several cosmetic and pharmaceutical products in Brazil.

The high therapeutic potential of copaiba comes from the fact that about 90% of the oleoresin composition is hydrocarbon sesquiterpenes, of which β-caryophyllene (or BCP) is the most abundant. According to an article by certified master herbalist, Becki Baumgartner, some copaiba essential oil products claim that they contain up to 60% of BCP β-caryophyllene is said to be the first known “dietary cannabinoid” with a Generally Recognized as Safe (GRAS) status and FDA approval for food use. It is found in a number of other plants as well, including pepper, clove, basil, hops and cannabis.

There is growing interest in copaiba oil, and an article published in Science Daily in 2017 indicated that sales of copaiba essential oil were on the rise in the United States due to its purported benefits for pain management in the case of arthritis. There is anecdotal evidence that people with joint pain and inflammation who used copaiba reported favorable results, but more robust studies are needed.

Copaiba is still a niche ingredient and indications are that consumers find benefits from it. Part of the interest in copaiba is because patients are increasingly turning to natural remedies that have little or no known side effects. We looked at online consumer conversations to see what associations are being made with copaiba. Slightly over 8% of conversations on copaiba also mentioned “natural.” Other health and wellness associations include the following:

The next class of ingredients that has potential as a substitute for CBD is terpenes. Terpenes are naturally occurring compounds mostly found in plants, though some (like sterols and squalene) are also found in animals. They have multiple functions in plants, but are also known to have many medicinal uses, as well.

Cannabis is one of the most common sources of medicinal terpenes, which offer all manner of health properties, including anticancer, antimicrobial, antifungal, antiviral, antihyperglycemic, analgesic, anti-inflammatory and antiparasitic.

In fact, Spoonshot’s analysis of online consumer conversations on terpenes found that nearly 40% were linked to cannabis and 34% were about CBD.

Terpenes from other plants can also offer similar benefits to those from cannabis.

● For example, the beta-caryophyllene from copaiba is a type of terpene, and there is research[3] [4]  proving that BCP helps ameliorate depressive symptoms in mice.

● Cafestol and kahweol are diterpene alcohols found in the oil derived from coffee beans. There is research indicating that coffee lowers the risk of depression in women,  prostate cancer in men, stroke, diabetes and some cancers. The anti-inflammatory and antioxidant properties of these particular diterpenes are thought to be responsible for these benefits.

●  Valeriana jatamansi, or Indian valerian, is a short perennial herb said to reduce stress and anxiety levels, as well as improve symptoms of depression. The major components of Valeriana extracts are the terpenoids maaliol, patchouli alcohol and 8-acetoxypatchouli alcohol.

Terpenes are the largest and most diverse group of compounds and are responsible for the taste, pigment and fragrance of plants, but only a very small fraction of them have been studied. This indicates significant potential to discover many more compounds that could serve as CBD alternatives.

There is some indication that consumers are also gaining awareness of specific terpenes from their exposure to cannabis and CBD. In online conversations, our analysis showed that consumers were talking about specific types of terpenes.

Recent research published in the Journal of Dietary Supplements showed that PEA and CBD had overlapping biochemical roles in humans. PEA is an endocannabinoid-like lipid mediator (a fatty acid amide) that is present in all tissues, cells and fluids in the human body. It can also be isolated from egg yolks, peanuts and soybeans. Studies over the years have indicated that PEA has analgesic properties and could also help with sleep.

Clinical trials for PEA have shown its efficacy in treating eczema, exercise recovery, colds, pain and neuropathic disorders, among others. PEA is also an approved ingredient in most parts of the world, making it a good alternative to CBD without legal hassles.

It’s increasingly clear that there are a number of options for those who want the benefits that CBD may have to offer but without the worries of legality and safety.