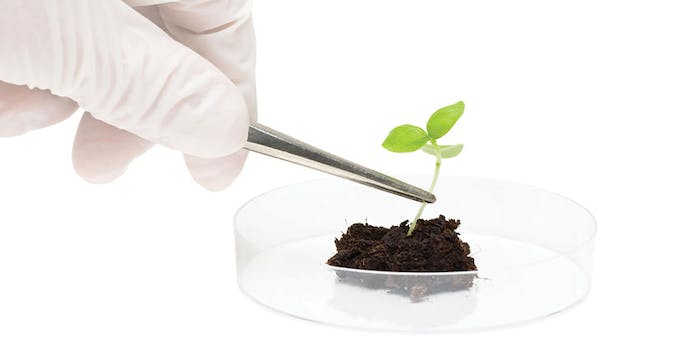 Despite scientific evidence demonstrating that consumption of foods developed using genetically modified organisms (GMOs) is safe, public opinion called for the labeling of foods made with these ingredients.

Humans have been manipulating the genes of organisms since we we first domesticated dogs 30,000 years ago. Although we have domesticated more than 1,000 different species of plants since then, the direct manipulation of genes was not possible until the 20th century.

In the 1920s, it was discovered that x-rays caused changes in genetic material (mutagenesis).1 Centuries of selective breeding took advantage of traits generated from natural mutations to drive desired characteristics in domesticated crops and animals. Now scientists could intentionally instigate mutations. New traits in crops could be generated quickly rather than by generation after generation of selective breeding.

Radiation-induced mutations, and later chemically induced mutations discovered in the 1940s,2 produced mutations with the hope that they may result in desired characteristics, but this was an inefficient method. Mutations could be instigated in seeds for example, but those crops needed to be planted, harvested and then examined to determine if any desirable characteristics were developed. Developments in chemical mutagenesis methods, combined with a greater understanding of genetics, began to suggest that more precise, directed methods for changing genes were possible.