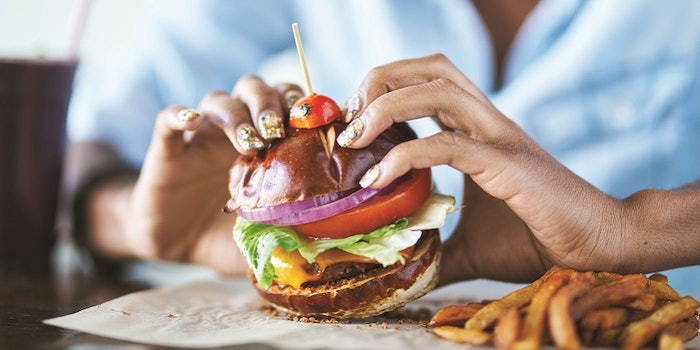 In the 21st century, the process of creating flavors and food products is becoming increasingly complicated. As consumers continue to demand healthier, more sustainable and greener products, flavorists and product developers are responding with a greatly limited toolbox, more regulatory pressure and a shorter development cycle that demands on-the-spot innovation. One problem that is common to multiple product categories is bitterness.

While many people enjoy the bitterness of dark chocolate or a warm cup of unsweetened coffee, for many other products, bitterness is a problem. One common example is plant proteins, where bitterness masking is vital in creating an attractive product. In this literature review, we look at ways to break past bitterness and some of the latest research in understanding the sensory phenomenon.

Rapeseed: The Next Big Plant Protein?

While soy and nut proteins continue to be popular plant-based proteins, alternatives are always in demand. Recently, attention has been placed on rapeseed, but like many plant proteins, it suffers from one problem – a bitter off-taste.

In research published in the Journal of Agricultural and Food Chemistrya, a team of researchers led by Thomas Hoffmann, chair of food chemistry and molecular sensory science at the Technical University of Munich (TUM), set out to identify the substances that contribute to bitterness in rapeseed. Utilizing mass spectrometric analysis methods and taste tests, researchers examined three different protein isolates: an extract of all the proteins contained in rapeseed meal, one isolate containing predominantly cruciferin and another that is mostly napin (cruciferin and napin are two main storage proteins). All three isolates had a protein content of 80-90%.

Upon analysis, the researchers found that a compound called kaempferol 3-O-(2'''-O-Sinapoyl-β-sophoroside) was the main attributor to the bitter taste in rapeseed. In particular, the cruciferin isolate contained a large amount of the compound, 390 milligrams per kilogram. Whereas, less than a tenth of the quantity was present in the rapeseed meal and napin isolates. However, on sensory tests, the isolates still tasted bitter.

“Since we now know the cause of the bitter off taste, it is much easier to develop suitable technological processes or breeding strategies that can be used to produce tasty, protein-rich foods from rapeseed,” said coauthor Corinna Dawid, head of the phytometabolomics research group at TUM.

A New Approach to Detect Bitterness

While bitterness significantly affects flavoring for plant proteins, it also can be an issue for fermented foods like cheese, yogurts, beer and soy sauce, where protein fragments are created during the microbial or enzymatic conversion of milk or grain proteins. A new method of analysis has opened a way to investigate fermented food and isolating the cause of bitterness.

In research also published in the Journal of Agricultural and Food Chemistryb, the researchers at TUM investigated the fragments of long protein and developed a method for rapidly identifying where the bitterness comes from. Using a process that combined existing methods of proteome research with methods of sensory research, which the team dubbed “sensoproteomics,” researchers set out to identify the decisive flavor-giving protein fragments from the totality of all fragments in a sample of two cream cheese samples with differing degrees of bitterness.

Researchers conducted an extensive review of previous literature and concluded that roughly 1,600 different fragments could be theoretically responsible for the bitterness. Following this conclusion, the team performed subsequent liquid chromatography-coupled mass spectrometer investigations that reduced the number down to 340. Lastly, the team used comparative spectrometric, sensory and quantitative analyses to reduce the number further to 17 protein fragments. This process can provide a possible method to quickly identifying flavor-giving proteins.

Commenting on how this method can help with further bitterness research, Hoffman said: “The sensoproteomics approach we have developed will in the future contribute to the rapid and efficient identification of flavor-giving protein fragments in a wide range of foods using high-throughput methods – a significant help in optimizing the taste of products.”

A Not-so Bitter Pill to Swallow

While most of the attention on eradicating bitterness falls into the food and beverage categories, bitterness is also a major issue for medicines. Individuals undergoing specific treatments for various diseases and cancers notice taste changes, and children often complain about foul-tasting medicine. However, recent research has shown that there might be a sweet way to block the bitter.

In a study published in Advances in Pharmacological Sciencesc, a team of researchers from Temple University and Michigan State University investigated how to minimize the bitterness of medicines. To test this, the researchers devised a test around quinine hydrochloride (quinine), a medication isolated from the bark of Cinchona trees and Remijia plants that elicits a strong bitter taste. Researchers used sucralose in the test to block the bitterness, which has been shown to work in previous studies. To test the best way to administer it, the researchers took rapidly dissolving edible taste strips with a peppermint and sucralose film base and used various encapsulation methods.

Following the formulation of the four strips, the researchers conducted a Temporal Dominance of Sensation (TDS) analysis. They asked 15 volunteers to test the strips and evaluate them based on sweet, bitter, other taste or no discernable taste criteria. Upon evaluation, the TDS analysis showed that the strip with the quinine and sucralose encapsulated was perceived as predominantly sweet and the bitterness was reduced and persisted for less time when compared to the strip with the quinine encapsulate. The strip with the encapsulated quinine and sucralose also matched the control in terms of persistence and maximum intensity. With these results, the researchers believe that this study can be a stepping stone in developing novel ways to administer medicine to children without bitterness.

Whether its medicine or the hot-new veggie burger, bitter masking/reduction solutions are an area of opportunity within sensory and flavor research to improve taste. According to a Research and Markets reportd, the global plant-based protein market is expected to reach $10.8 billion in 2022 – opening a huge avenue for the flavor industry. Another opportunity for flavor research and the industry might not be in the eradication of bitter flavors, but by embracing them through creating flavors that compliment bitter health flavors. But whether its masking bitter flavors or working with them, it requires the work of flavorists to deliver innovative solutions.