Food Safety in the Time of FSMA 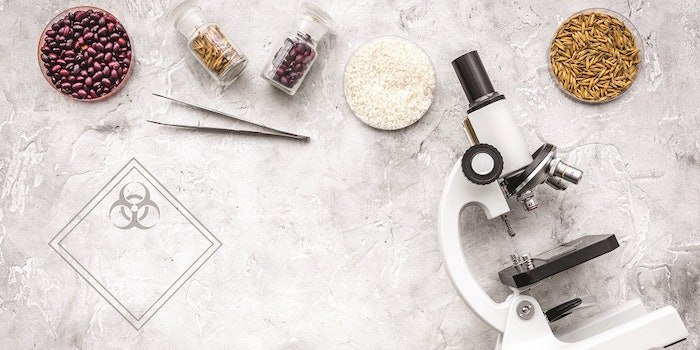 Consumers, especially millennials, are turning to healthier food and beverage choices; and as a result, high sugar soft drinks continue to be supplanted by flavored waters, with more and more unique flavor ingredients and combinations. In addition to long-popular flavors from fruit, there are new flavor entries into the beverage market, including spices such as chili and fennel, flowers, other botanicals, tree-based flavors, and even chlorophyll from other plant sourcesa.

These innovative flavor ingredients can provide additional challenges to an industry already regulated by FDA’s multiple food rules, including the relatively new ones under the Food Safety Modernization Act (FSMA). The Preventive Controls and FSVP rules under FSMA specify that manufacturers and importers are responsible for ensuring control of hazards in ingredients and products they purchase.

A brief review of the need for FSMA, and its history and requirements may be useful before we consider the compliance challenges related to flavor usage for the beverage industry and importers. FSMA was essentially needed because foodborne illness reports were becoming more and more common, and it was expected that many more illnesses were not reported. Based on surveillance data, the Centers for Disease Control, CDC, estimates that one in six (or 48 million) people get sick from eating food every year in the U.S. and 3,000 people die! In 2010, the Food Safety Modernization Act was passed by Congress and signed into law in 2011; Congress acted in response to dramatic changes in the scope and complexity of the global food safety system, realizing that the dramatic increases in foodborne illness over a 25-year period were preventable. Congress recognized that foodborne illness was not only a significant and preventable public health problem but also a preventable economic threat to the wellbeing of the industry.

These innovative flavor ingredients can provide additional challenges to an industry already regulated by FDA’s multiple food rules, including the relatively new ones under the Food Safety Modernization Act (FSMA).

In addition to being given mandates to establish new rules, FDA was also given new authorities and oversight tools by FSMA, including mandatory recall authority, and has focused on education and outreach to ensure the food industry understands FSMA requirements, emphasizing that the industry has primary responsibility for food safety all through the supply chain. Specifically, food manufacturers and importers are accountable for not only their own but also their supplier’s hazards, and for hazards related to transportation and storage. Salmonella in peanut products is an example of a preventable hazard that caused almost 4,000 different products to be recalled by over 200 companies; the outbreak occurred over nearly the entire US: 46 states, with 714 illnesses and nine deaths in 2008-2009. A supply-chain control by the users of the peanuts would have ensured that the supplier, the peanut processor, had adequately validated the pathogen kill step and that the processor was using appropriate sanitation controls to prevent recontamination in the facility. Under FSMA, the facilities downstream from the primary processor would have been accountable for their supplier and prevented or minimized the impact of this incident. Salmonella is a hazard associated with many food ingredients and specifically called out for spices in the Preventive Controls training curriculum, along with other biological hazards: Enterohemorrhagic E. coli, and Clostridium perfringens. There are many other hazards that must be considered by beverage manufacturers and importers.

Hazard Determination and Accountability in the Supply Chain

Food manufacturers and importers must determine the biological, chemical and physical hazards for the foods they manufacture or import, but the challenges are multiplied many times over when one considers the numerous ingredients used in a food, including flavors. Each new flavoring ingredient, and all the suppliers of the ingredient, must be evaluated from the food safety perspective of how it was processed and how it will be used. All potential hazards must be carefully considered to determine needed preventive controls. These include physical hazards such as metal and glass, pathogens such as biological hazards, and chemical hazards such as unapproved food or color additives, toxic chemicals unintentionally or incidentally present, undeclared allergens, radiological hazards and economically motivated adulteration.

The Foreign Supplier Verification Programs, FSVP, rule is essentially taking the supply chain requirements of the Preventive Controls Rules and applying to importers who must ensure that their foreign suppliers are in compliance. In all cases related to supply chain, either a supplier controls the hazard or discloses that a hazard is not controlled and must obtain customer or further downstream entity assurances of control. Whenever it is the supplier who is controlling a hazard, the receiving facility or importer must determine and conduct supplier approval and verification that the hazard is controlled. Manufacturers of beverages must be aware of potential hazards and must ensure control of those hazards in all their ingredients, from produce to herbs, spices and other seasonings.

What Hazards are Common in the Flavor Industry?

To comprehend the additional challenges to the flavor industry, we can consider the food safety history of spices in traditional use. Both the Centers for Disease Control, CDC and FDA collect data on problems related to food; and the beverage industry can and must study that data to understand what hazards are particular to these innovative ingredients, as well as those traditionally used.

CDC collects data on foodborne illness and outbreaks and publishes in its dashboardb. A look at CDC’s data for the period 1998 to 2016 shows spices accounting for 854 illnesses and 16 hospitalizations, but again, CDC considers data actually reported on outbreaks to be only the tip of the iceberg.

FDA’s Reportable Foods Registry (RFR) gives more insight into the food-safety issues with spices and seasoning ingredients, especially related to Salmonella, undeclared allergens and lead. A reportable food is an article of food for which there is a reasonable probability that the use of, or exposure to, will cause serious adverse health consequences or death. The RFR program collects and reviews reports from industry (mandatory) and public health officials (voluntary) regarding potentially harmful foods and can be an early warning signal of an adulterated food and help trace the food through the supply chain. In addition, FDA uses data from the RFR to help protect public health by tracking patterns of adulteration, as well as tracking and presenting detailed data metrics in annual reports from the RFR for five years.

Key Issues with Spices and Seasonings

If undeclared allergens and Salmonella are the leading causes of recalls for all food, how do spices and seasonings contribute to these major problems? When viewed by commodity with numbers ranging from 0 to 114, spices and seasonings have been responsible for 74 submissions to the registry. FDA further breaks the registry down to hazards for each commodity per year: spices represented 19% of all the entries for Salmonella, and 22% for the most recent year reported (Of note, the next highest percentages included produce at 12% and 10% for raw and fresh-cut produce, respectively). The data is broken down by imported food, including spices. An incident of lead and six entries for Salmonella made imported spices 18.9% of the total entries for imports in year five. Interestingly, spices were infrequently reported as having undeclared allergens.

Examples of specific problems with spices have been additions of toxic chemicals to enhance the color of a spice.

Examples of specific problems with spices have been additions of toxic chemicals to enhance the color of a spice. In 2013, FDA reported that the vibrant yellow colored chemical, lead chromate, had been found as an adulterant in turmeric to change its color. The red chemical, lead oxide, was reported to have caused dozens of illnesses, injuries and several deaths when it was added to enhance the color of paprika. Chili powder was the subject of a massive recall reported in 2005 in the United Kingdom because Sudan I, a carcinogen, was added as a coloring agent. These hazards are classified as economically motivated adulterations (EMA) and are typically managed through an importer’s FSVP or a manufacturing facility’s supply chain program.

The statistics and examples of problems and the sheer number of flavoring ingredients that may be used by a beverage manufacturer or imported by a beverage company underscore that evaluating all ingredients and suppliers is a challenging task. The good news is that FDA provides its own guidance as well as industry initiatives in the RFR, and included is the Spices and Seasonings Good Manufacturing Practice (GMP) Guidance published by The American Spice Trade Association (ASTA) as well as its Principles of Physical Cleaning guidance to help ensure the production of clean, safe spice for consumers. The beverage industry can utilize these valuable tools as well as other resources in evaluating new and traditional flavoring ingredients and the needs for supply chain controls under FSMA.

FDA’s rules under FSMA are intended to prevent all of the hazards described above and those which the food industry has yet to encounter. FDA phased in the Preventive Controls Rule and FSVP rule compliance dates based primarily on the size of the manufacturer and importer. Large manufacturers of human food, those with 500 or more employees, faced a compliance date of September 2016; the compliance date for those with less than 500 employees was September 2017. Importers faced compliance dates for FSVP in May 2017, and March 2018. But in September 2018 and March 2019, we reach the last deadlines for human food manufacturers and importers, essentially those qualifying as very small businesses, or simply stated: those with human food sales or imports of less than $1 million on average annually over three years, including subsidiaries and affiliated companies.

Who is My Supplier?

Remember that suppliers are not brokers and distributors: for a receiving facility or an importer, the supplier is only the entity that grows the food, manufactures the food or raises the animal. First, identify your domestic and foreign suppliers and ensure that each supplier is in compliance with the PC rules. Also, ensure that you understand what your requirements are from the PC supply chain rules and the FSVP rule as an importer or receiving facility that is also an importer. You must be sure that you know how to evaluate all of your ingredients in the context of the food or beverage—including innovative flavor ingredients—for hazards requiring supplier control, and that you can write the applicable plan, whether a Supply Chain Program as part of your Food Safety Plan or a Foreign Supplier Verification Program.

In summary, make certain that you and all of your suppliers are aware of their compliance needs as FDA ramps up inspections after final Preventive Controls and FSVP compliance dates are reached in 2019. Protect your customers, your brand, and your business. Courses and consulting are also available.