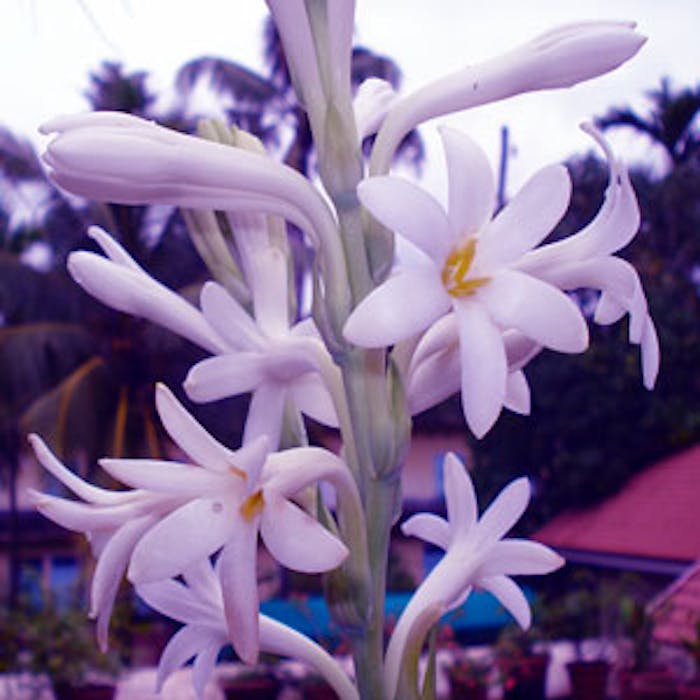 Pink and sapphire are nearly opposite one another on the color wheel. But when these inventors combined them in a new Polianthes variety, they created "Chia Nong Pink Sapphire," a new cultivar with a pleasant scent and lilac color.

Described in this patent is a new cultivar of Polianthes plant named "Chia Nong Pink Sapphire." It is characterized by numerous, double flowers that are light, lilac-pink in color.

According to the inventors, the flowers are arranged on upright and strong flower scapes. The plants begin flowering about four months after planting and continue from approximately early August into September.

They have a sweet, strongly pleasant fragrance and good garden performance. Perhaps something to consider for your next fragrance material source, garden or both.