Anosmia Explained: A Sit Down with Dr. Rawson 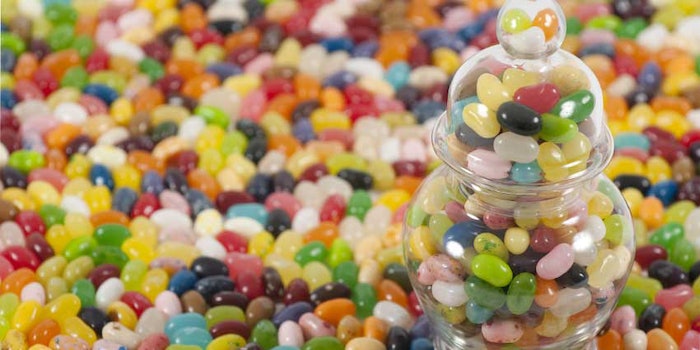 The organization ENT UK, a professional ear, nose and throat specialist group, has released a statement warning that anosmia, loss of one’s sense of smell, has been found to be a possible symptom of coronavirus.

Additionally, they have suggested that anosmia may present itself as a symptom in people without any other symptoms, especially in younger people.

In the statement, the group urged healthcare personnel to use full personal protection equipment (PPE) when working with patients who present with anosmia and/or dysgeusia, a loss or alteration of one’s sense of taste.

The information which led ENT UK to issue this warning came from several studies out of China, South Korea, Germany and Italy. South Korea has reported the incidence of anosmia at approximately 30% of those who tested positive for coronavirus, but reports from Germany have put the rate closer to two out of every three confirmed cases.

Perfumer & Flavorist associate editor Alex Mackenzie was able to sit down with Nancy Rawson, Ph.D., associate director and VP at the Monell Chemical Senses Center, to gain further insight into the link between anosmia and coronavirus.

Alex Mackenzie [AM]: It seems as though this precaution around anosmia and dysgeusia has come up rather suddenly. Why was it not recognized as a symptom sooner?

Dr. Nancy Rawson [NR]: The problem is that, since olfactory loss, loss of smell, is quite common in viral diseases [and] upper respiratory viral infections, knowing whether it’s particularly more prevalent with this one or not is not so easy to know. Also, when you’re worried about breathing, not being able to smell is something that you just might not notice.

When you have a bad flu, even a regular flu, you have body aches, you have fever, you’re lying in bed, so you’re not really thinking about your sense of smell. So, to some degree, it’s probably attentiveness and also, if you are congested—I know upper respiratory congestion isn’t so much of a symptom in this particular virus, but some people do also have congestion—if you couldn’t smell you might just figure that it was because of [the congestion] and that when you got better it would be better.

Typically, and this actually happened to me too about a year ago, it’s not until you feel like you can breathe normally and then you’re doing something where you normally would be using your sense of smell in a conscious fashion and realize something’s missing that you will then say, "oh my goodness, I can’t smell, but I can breathe so I should be able to smell." So, that’s, I think, a lot of it and a lot of it. [It] is also just the general atmosphere where people tend to take your sense of smell for granted. Health care officials tend to not really pay attention to sense of smell as a diagnostic or as a symptom that they really need to worry about, partly because there’s not much they can do about it.

[AM]: What is the link between anosmia and dysgeusia?

[NR]: Loss of taste is usually actually loss of smell. People have a tremendous amount of difficulty distinguishing between taste and smell if you’re not trained to do that, because our brains integrate information when we’re eating as a flavor and we call that taste but most of flavor is really smell. Taste is really just sweet, sour, salty, bitter, umami. If you have no sense of smell you can’t really discriminate lemons from limes, you can’t really discriminate coffee from chocolate, and many things like tea, almost all of the flavor from tea… is really smell so if people say, ‘well, tea tastes like dishwater or something, and I usually really like it,’ that’s almost certainly a loss of smell rather than taste.

There are some reports of loss of taste, and because of that I think it is important that we collect data on that to see for sure whether there is a separate effect on taste versus smell, but that hasn’t been done really scientifically yet so, we don’t know. There are certain viruses or certain conditions, like Bell’s palsy, that affect specific nerves. If this was a virus that could affect the taste nerves that would be very interesting, it would really tell us that this virus is really quite different from other viruses, but right now, we don’t have any hard evidence that that’s the case

[AM]: How common are these conditions both in relation to the virus and in general?

[NR]: The percentages in normal rhinovirus or chronic rhinosinusitis you’ll see range anywhere from maybe 20-25% up to maybe 60%. It depends on the population. It depends on how the test is conducted. Some of the data that just use a very short self-report questionnaire versus data that are more comprehensive and actually using standardized instruments where people are sniffing things and rating intensity or rating what they can smell or picking out the quality of a particular odor, can give very different results.

For the data that just came out from a population in Italy, it was a about 33% chemosensory loss and the ones reporting tended to be younger and female compared to the patient population. That was based on 69 patients, so not a huge population size but that’s some of the first real scientific data that I’ve seen coming out and that is based on questionnaire data. People were also reporting taste alterations and it was more commonly reported by females and younger which is not typical of other flus.

Typically, it is more often that females will report a problem than males, but typically they’re females over 50 where we see the larger prevalence of a deficit and a lower likelihood of recovery. That may be because this is a fairly small study and females in the 20-45 age group maybe they’re more likely to notice it.

[AM]: How can one test oneself for anosmia and dysgeusia?

[NR]: There’s a very easy test, if you happen to be able to get your hands on some jellybeans, that we do to show people the difference between taste and smell. If you close your eyes and close you nose and put a jelly bean in your mouth and chew it, it will just taste sweet and you should be able to perceive that sweetness if your sense of taste is intact. Then, open your nose and inhale and swallow and you should know immediately what flavor the jellybean is. So if you don’t notice any difference in those two conditions then, I would try a few different flavors, just to see if it wasn’t just that particular one, but that would suggest that you have an impaired sense of smell because all of those flavors like cherry and lemon and pineapple and coconut, those are all odors.

[AM]: What should one do if they feel they have anosmia or dysgeusia?

[NR]: Again, there is a sense that it may be an early symptom, and if they’ve been exposed, or in a situation where they might have been exposed, that would be of greater concern, but there are a number of situations and conditions that can cause an inability to smell. Since most of these people probably haven’t done the jellybean test a year ago, or even six months ago, it might be that they really didn’t have a good sense of smell before and now they’re just noticing it.

So, I would rely on additional pieces of information. Certainly, if they’ve been exposed to people with the disease or if they have other symptoms that have been reported like a fever or headaches or body aches and so forth, that they should take it very seriously. But, in the absence of any other symptoms, we don’t have the data today to really document that that is a sufficient cause for serious alarm. However, in a younger person, if you’re 20-something and you notice that you suddenly have no sense of smell, I would certainly pay more attention to that than if you’re a 55 or 65 year old person and do this and figure out that it’s hard to tell the jelly beans apart because most people tend to lose their sense of smell with age. Pretty much anyone over the age of 70 or 80 is going to be less sensitive than they were when they were younger.

[AM]: Are there any other additional symptoms that are linked to anosmia and/or dysgeusia?

[NR]: If food doesn’t taste the same. I’ve also heard that there’s a loss of appetite, there can be a number of reasons for that as well. When your body mounts an immune reaction to something, those immune responses also suppress appetite, but it can also be secondary or related to a reduced or an absent sense of smell. A lot of what triggers us to be hungry or to want to eat a particular food at a particular time is our sense of smell. We smell the cup of coffee, oh I need a cup of coffee, or we smell the soup that we’re about to eat, it helps stimulate the appetite.

[AM]: What ramifications have the identification of this new symptom caused?

[NR]: It’s highlighting our need for more research and the need for increasing the awareness of the importance of our sense of smell. There is a global consortium of chemosensory researchers that have formed. It’s quite exciting to see this global group come together. Monell is very involved, obviously, with this work to try to really document the effects and understand it better and I think if it does turn out to be an early indicator that would be really interesting and I think we’ll  learn something about how the virus works if it turns out to be the case.

The 30% data that just came out, that would suggest to me that it’s not that different from other viruses that affect your sense of smell. If it was higher than that. …It will be interesting to see how those number evolve as more data come out and as we get more data across cultures and across the age spectrum.