The Intimacy of Our Senses 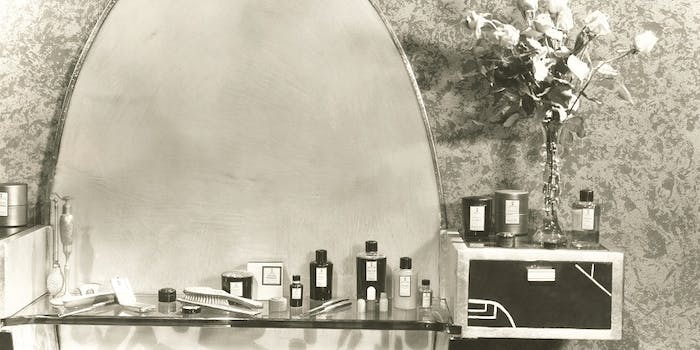 Our senses have long been linked with intimacy. Historically, olfaction has been associated with closeness, attraction and romance. In numerous early films, the image of a woman gingerly applying a scent, before heading out on a date or a night out, was commonplace – this intimate moment reappeared again and again in the marketing of numerous fine fragrances. While scents are thought of in romantic terms, our sense of taste appeals to a different form of intimacy. Around the globe, the idea of a homecooked meal; whether its potpie, a plate of mujaddara or a bowl of Brazilian bobó de camarão, strikes to mind images of home and security – of family closeness and shared moments.

For this month’s literature review, we examine this closeness and the science behind it. Like most research, we look to the animal kingdom, mice specifically, for answers and examine how environment, gender and social behavior relate to our senses.

For most of the animal kingdom, scent is a crucial part of survival. Not only does it help detect poisons and safe to eat foods, but for many, it also influences what they look for in a mate. Researchers are now trying to hone in on the specifics, exploring the chemical components on what drives attraction.

Per research conducted by the University of Veterinary Medicine of Viennaa, scientists have investigated the pheromones excreted by male house mice to understand its link with attraction. Previous research showed that mice mark their territories with urine, which contains a variety of pheromones (volatile and non-volatile chemical signals). During the research, the team found that male mice more than double the excretion of major urinary proteins (MUPs) after they acquire a territory and become socially dominant. Researchers analyzed the urine and found that dominant males differentially upregulated the excretion of particular MUPs, including the pheromone MUP20 (darcin), and a volatile pheromone that influences female reproductive physiology and behavior.

While humans don’t excrete MUPs because its gene is a non-functional pseudogene (dead), nor do humans use this method for finding a partner (thankfully), the role of scent and attraction isn’t completely lost. According to a Hormones and Behavior studyb, evidence suggests a correlation between choosing a partner, odor preference and genetic similarities. While other mammals evolved to have a robust olfactory system, human evolution placed less importance on our sense of smell and more on sight and our ability to think logically. In the olfactory spectrum, humans are in the middle with roughly 1,000 OR genes,1 while African elephants are at the high end with approximately 2,000 OR genes2 and modern toothed whales are at the low end with no discernable sense of smell and a low OR gene count.3 However, other researchc has shown with training that humans can smell just as well, if not better, as their canine counterparts.

While there are numerous studies linking attraction and scent, research is also investigating the malleability of our senses and how our environment and the presence of others might play a role in olfactory development.

Per a study titled “Sex separation induces differences in the olfactory sensory receptor repertoires of male and female mice” in Nature Communications journald, researchers examined how separating mice by gender impacted their olfactory genes and ultimately their sense of smell. To test this, the researchers housed mice from weaning until six months of age in either one of three groups – a group of all males, a group of all females and one combined with males and females. Since male and female mice emit unique odor profiles, the researchers predicted that distinct olfactory experiences would develop in the group of separated mice, which would be reflected in the mice’s overall olfactory gene expression and its olfactory sensory neurons (OSNs). Similarly, the male and female combined group would likely have similar olfactory experiences and should display fewer differences in the OSN subtypes and gene expression.

Following the experiment, the mice were removed from the cage and main olfactory epithelium (MOE), vomeronasal organ (VNO) and olfactory bulb (OB) tissue samples were removed and flash-frozen for analysis. During the analysis, the researcher examined the overall gene expression for differences and the number of olfactory receptors (OR). They found that in the MOE, 3.4% of all genes were differentially expressed between the separated male and separated female groups, while the combined female/male group only showed a .28% difference between male and female. Similarly, separation resulted in changes to the OR expression in the MOE. The sex-separated mice saw a 4.4% difference in ORs, as opposed to a 1.1% difference from the combined male and female group. While more research needs to be done to show how environments and the presence of others can impact olfaction, the researchers believe this can help explain the genetic difference in human’s receptors.

“Human males and females smell different, too. Men give off odors from testosterone metabolites, for example,” said Stephen Santoro, assistant professor in the department of zoology and physiology at the University of Wyoming. “There are genetic differences in being able to detect this. Some people would say the smell is good, while others find it unpleasant or cannot detect it at all. These differences in perception are related to genetic differences in people’s receptors. Some researchers speculate that these kinds of molecules might function as pheromones in humans.”

While environment seems to play a crucial role in the development of our sense of olfaction, our sense of taste is often associated with places: a quiet nook to read and sip coffee, a dining room table at Thanksgiving or a patio porch on a hot summer day with lemonade on the ready.

In a study published in the JNeurosce, researchers examined the relationship between taste and place in mice. To study this relationship, researchers created a test with five adult male rats. They implanted a microdrive array in the right dorsal hippocampal region (the region of the brain involved with spatial learning and memory) of the mice and an intra oral cannula that allowed precise delivery of taste solution onto the rat’s tongue. Following the implantation surgery and recovery, the rats performed daily recording sessions in which the rats were exposed to pseudo-randomized sequences of taste stimuli (sweet, salty, neutral and bitter). Each recording session had tastes delivered in a random order and timing as rats explored the behavioral chamber.

Upon conclusions and analysis of the tests, the researchers found 20% of the hippocampal neurons were responsive to the palatability of taste stimuli. Additionally, place cells only responded to taste in the location where the taste were delivered. This study suggests the hippocampus works with existing mental maps and information about the reward and hazards derived from food found in particular locations.

In many ways, studies like these and others confirm what we already suspect about our senses: that they are deeply connected to our being. Not only do tastes and scents provide texture to our life, they offer a way to communicate nonverbally with others and provide us with important information about our surroundings. While sensory scientists and researchers will continue to find these connections to our senses, flavorists and perfumers are left with the important job of creating these intimate moments in everyday products– using their knowledge of tastes and scents to deepen our experience to the world around us.

The electronic nose uses nanoengineered materials to tune the sensitivity and selectivity to function like a human nose.
Nov 8th, 2021