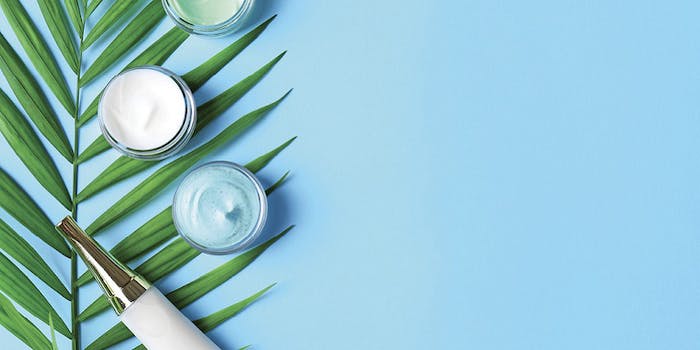 While many fragrance chemistries have a long history of safe use, at higher levels, they can act as respiratory irritants or sensitizers. Furthermore, according to these authors, limited data is available on the inhalation exposure of children and infants to fragrance compounds in bathing and skin care products. Thus, described herein is an in vitro method for measuring the air concentrations of seven common fragrance ingredients in the breathing zones of bath products and lotions.

Specific zones ranged between < 1 μg/m3 and 5 μg/m3 where a robot simulated child movement during bathing and lotion application in a bathroom setting. The air concentrations from the bathing additive were linearly related to their Henry’s law constants; and from the lotion, inversely related to their octanol-air coefficients. The authors propose this approach could help product developers refine risk estimates from inhalation exposure to fragrances used in baby products.

Since 2005, the EU has mandated that 26 fragrance contact allergens be included on the labels of cosmetic products if present at ≥ 10 ppm in leave-on or ≥ 100 ppm in wash-off products. To determine fragrance exposure and check label compliance, these authors reviewed some 5,588 fragranced cosmetic products using a smartphone application (app) designed to inform users about the substances in cosmetic products.

Products registered through the app between December 2015 and October 2016 were label-checked according to their International Nomenclature Cosmetic Ingredient (INCI) name for the 26 identified substances or the wording fragrance/parfum/aroma. Among the products labelled as containing one allergen, 85.5% and 73.9% contained at least two or three, respectively.

For example, linalool (49.5%) and limonene (48.5%) were labelled most often. Hydroxyisohexyl 3-cyclohexene carboxaldehyde (HICC/Lyral) was found in 13.5% of deodorants and six of the 26 fragrance substances were labelled on less than 1% of all products, including the natural extracts Evernia furfuracea (tree moss) and Evernia prunastri (oak moss).In total, 329 products (5.9%) had one or more of the 26 substances labelled but did not list parfum/fragrance/aroma on the label. The authors concluded consumers are widely exposed to well-established fragrance contact allergens.

According to this study, raspberry ketone (RK) or 4-(4-hydroxyphenyl)butan-2-one structurally resembles 4-(4-hydroxyphenyl)-2-butanol, which can cause leukoderma or vitiligo in skin. For this reason, it is important to ensure the quality of this chemical in applications such as fragrance mists.

Specifically, the DBD-CO-RK derivative was eluted from a reversed-phase ODS column and detected with excitation at 440 nm and emission at 543 nm. Derivatization was performed at room temperature for 3 min. The retention time of DBD-CO-RK derivative was 16.8 min. Further details are described in the complete article; however, the author reports the coefficients of variation were less than 10.0% and recovery tests were satisfactory.

The Smell of Safety Assurance

In a new report, RIFM found the use of dihydro-β-terpinyl acetate under current conditions and based on existing information to be safe. This material was evaluated for genotoxicity, repeated dose toxicity, reproductive toxicity, local respiratory toxicity, phototoxicity/photoallergenicity, skin sensitization and environmental safety.

Overall, the data indicated dihydro-β-terpinyl acetate is neither genotoxic, nor does it pose skin sensitization potential. Further, it was not found to be persistent, bioaccumulative or toxic; and its risk quotients, based on the current volume of use in Europe and North America, were < 1.

According to these authors, figs have been eaten for centuries, and previous chemical studies of figs have reported the isolation of phenolic acids, coumarins and triterpenoids from them; but only recently have the nutritive and pharmacological values of figs been investigated. As such, the present work investigated the metabolite profiles of different Ficus carica (fig) leaf extracts produced by: diethyl ether, petroleum ether, n-hexane, acetone and ethanol. The highest yield was reportedly obtained with n-hexane, 5.0 g/100 g dw, and 37 nonpolar compounds were identified by GC-MS.

Several phytochemical compounds were detected although phytol (32% of total ion chromatograms or TIC), β-sitosterol (12% of TIC), α-linolenic acid (8% of TIC), cycloartenol (5% of TIC), lupeol (4% of TIC), α-amyrin (3% of TIC) and β-amyrin (2% of TIC) were the most dominant. The authors concluded that fig leaves provide valuable potential as a source for biologically active lipid components to protect the skin from environmental stress and reactive oxygen species. The extracts also could be used for natural cosmetics to protect against premature skin aging.

Finally, ethnobotanical research has reported on the use of Pinus species against rheumatic pain and for wound healing in Turkish folk medicine. Furthermore, previous studies have found Pinus pinaster Ait. from Corsica, in particular, to be rich in diterpenes; 60 compounds, accounted for 82.9–97.0% of the oil, consisted mainly of mono-, sesqui- and diterpene hydrocarbons such as α-pinene, (E)-β-caryophyllene, germacrene D and abieta-7,13-diene.

In the present study, the authors explored the phytochemical composition, antioxidant, anti-inflammatory and wound healing activities of Pinus pinaster Ait. collected in Turkey. Essential oil from the cones of the plant revealed the highest activities, which included remarkable wound healing and anti-inflammatory effects for potential skin care. Notably, α-pinene was the main constituent in the obtained essential oil.