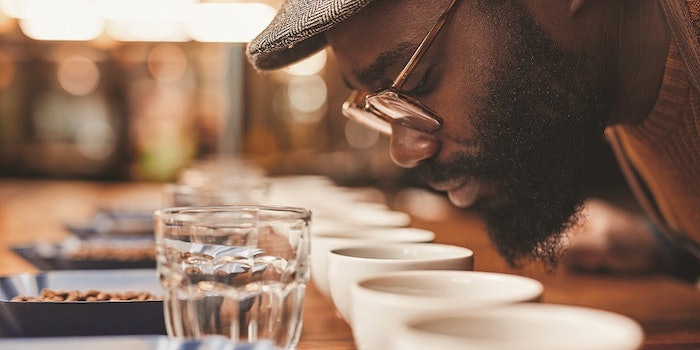 As a search of the latest fragrance research literature reveals, the industry remains focused on improving fragrance duration/release, as well as finding label-friendly natural materials. Interestingly, however, with the advent of genetic research applications, flavor and fragrance preference profiling is now possible. Following is a review of these recent literature findings.

The authors found octanal was released from a dual-phase system of hexane with an aqueous suspension of the polymers. In this acidic solution, the acetal moieties were gradually hydrolyzed, releasing octanal continuously for 600 hr. They noted the observed release increased with increasing hydrophilicity under acidic conditions.1 These observations provide new insight on fragrance release mechanisms.

Vesicles were prepared from a surfactant composed primarily of di(alkyl fatty ester) quaternary ammonium methosulfate. The fragrance components l-menthol, linalool and d-limonene were infused into the vesicle membranes to model scent-releasing fabric softener.

Based on overall findings, the authors concluded these techniques demonstrate how fragrance molecules having different hydrophobicity and molecular architectures, when infused into cationic vesicles, affect membrane structures and interactions. They suggest this could prove useful for precisely controlling fragrance release.2

In related delivery work, Firmenich recently submitted a patent on a pro-fragrance precursor to deliver a fragrance from a fabric or textile upon oxidation.3 Specifically disclosed is the use of cinnamyl ether compounds as precursors for the release of fragrant alcohols and aldehydes.

Nature continues as a source for inspiration and innovation in flavor and fragrance (F&F) development. More recently, work in this segment has turned to biotechnology as a means to derive chemistries from nature in such a way as to maintain their natural additive label status.

For example, work published4 in the Journal of Chemistry Technology & Biotechnology explored how F&F can be developed via microbiological hosts—with a special consideration for in situ product removal strategies. These are desired because many F&F compounds are cytotoxic toward common microbiota.

These authors used thermodynamic principles and experiments to determine partitioning coefficients, which in turn could differentiate between phases having high and low thermodynamic affinity toward 17 key F&F compounds. As such, the appropriate extractants for several F&F compounds could be identified, providing researchers working in the booming sector of microbial F&F production with a useful tool to optimize processes.4

Following along a different natural path, researchers from AmorePacific have submitted a new patent application for blends of fragrance materials that reproduce the aroma of certain citrus flowers.5 According to the inventors, this is achieved by adding, respectively, jasmone and β-caryophyllene to linalool, myrcene, nerolidol, methyl anthranilate or the like—as these have been identified as aromatic components of the flowers of both Citrus unshin and Citrus natsudaidai; and by adding γ-terpinene to linalool, myrcene, geraniol, β-ocimene or the like—aromatic components of the flowers of Citrus sudachi.

Furthermore, citrus aroma is rendered by adding α-farnesene to β-ocimene, 6-methyl-5-hepten-2-one, anthranilaldehyde, limonene, methyl anthranilate or the like, which are aromatic components of the flowers of Citrus japonica. The inventors found the resulting fragrance compositions to be outstandingly palatable and to reproduce the inherent aromas of Citrus unshin, Citrus natsudaidai, Citrus sudachi and Citrus japonica.5

Finally, a new patent application from Exploragen Inc.6 looks to our very DNA for answers about F&F preferences. Disclosed here is a method using genetic profiling to predict an individual’s taste and/or scent choices for gustative or olfactive products.

Interestingly, however, with the advent of genetic research applications, flavor and fragrance preference profiling is now possible.

The method was developed by obtaining a biological sample, such as saliva, from subjects containing their nucleic acids and analyzing genotypes based on single nucleotide polymorphisms (SNPs). In addition, taste and/or scent preference scores of gustative and/or olfactive products were collected from subjects.

Taken together, the inventors identified specific SNPs (disclosed in the patent) that serve as genetic markers for specific taste and/or scent preferences. The patent also disclosed tests demonstrating the accuracy of this technique; for example, pairing subjects with wine flavors. These results showed the method successfully predicted consumer preferences.