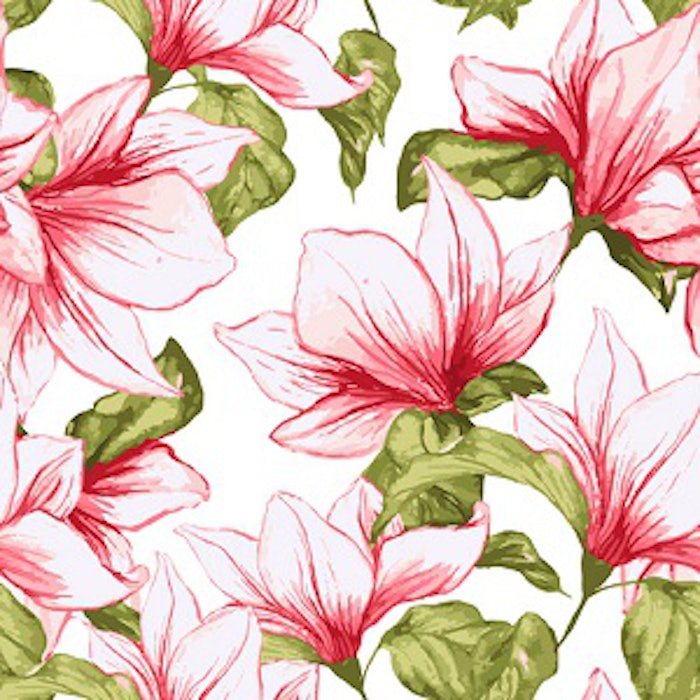 Magnolia macrophylla, grandiflora and other varieties originated in China and India. Magnolia grandiflora L. (fam. Magnoliaceae) is also probably native to the south of North America, possibly South Carolina). It was introduced into Southern France and Italy at the end of the eighteenth century.

Extraction of magnolia flowers with volatile solvents (petroleum ether) yielded from 1.2 to 1.63% of a greenish-yellow concrete. By steam distillation of the concrete, two semi-solid oils were obtained; the yields were 9.57 and 10.1%, respectively. The odor of both oils was characteristic of the odor of magnoltia flowers.