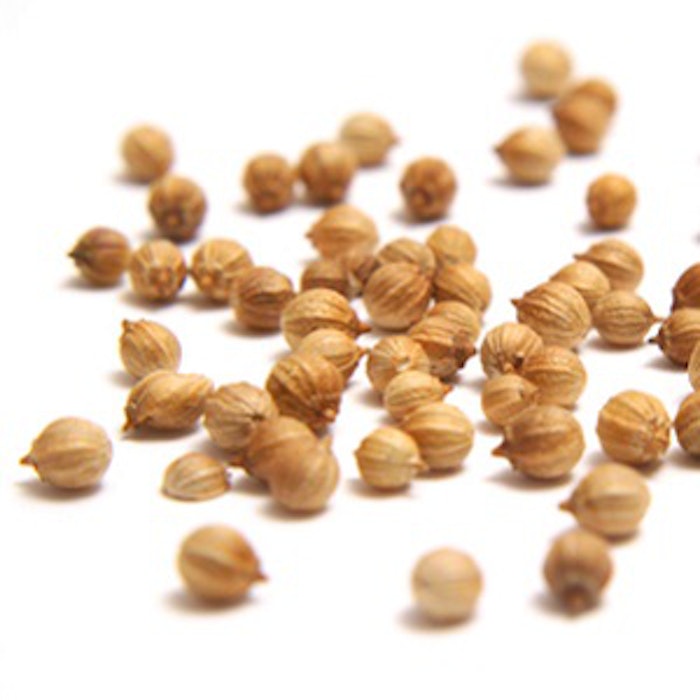 A commercial sample of coriander seed oil (ex Coriandrum sativum L.) was analyzed by Giampeii et al. (2002). The oil, which was screened against a variety of fungi, was found to possess the following composition:

Trace amounts (<0.1%) of tricyclene, (Z)-anethole and carvacrol were also found in this oil.

Charchari et al. (2005) examined the kinetics of extraction of coriander seed with methanol. They found that the kinetic function (the time taken to extract divided by the time necessary for system equilibrium) was independent of extraction temperature and added water absorbed by the seeds.