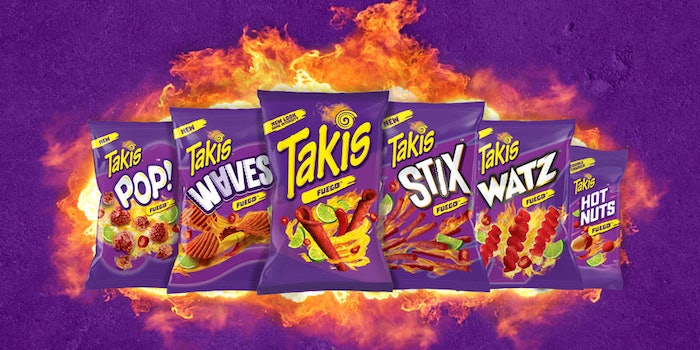 According to a report by Business Wire,the North American savory snacks market size is forecast to increase to $59.25 billion by 2028, growing at a CAGR of 6.1%.

Here are the latest flavor launches in the savory and spicy snack trend.

Doritos and Buffalo Wild Wings have partnered on a snack-inspired sauce, Doritos Spicy Sweet Chili, which combines the taste of chicken wings and Doritos and features flavors like flavors of soy sauce, brown sugar, onion, garlic and paprika.