Will all of Our Flowers be Gone? 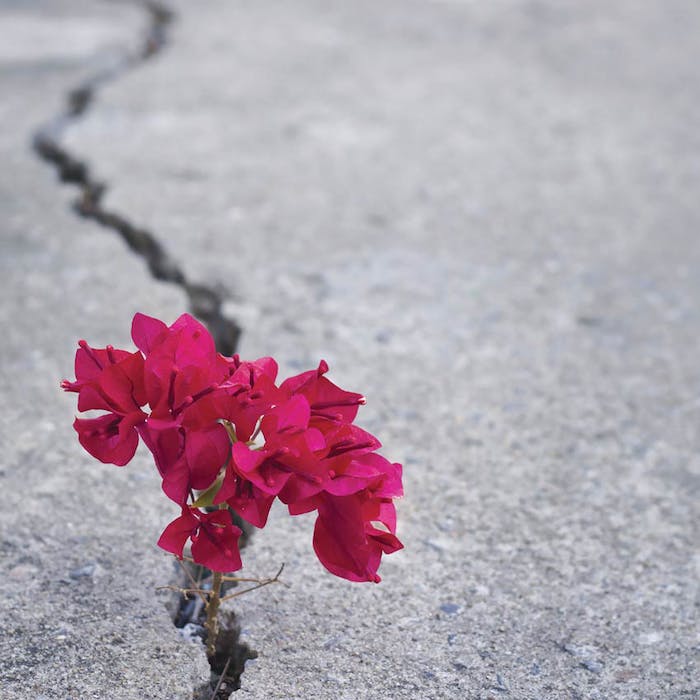 In 1966 some prescient industry leaders established The Research Institute of Fragrance Materials (RIFM). To give you a perspective of how long ago that was let me say that the infamous Environmental Protection Agency (EPA) of the United States was founded in 1970. I was 17 years old at the time.

Our friends in Europe will recall that the present European Union (E.U.) was founded in 1993 – twenty-six years after RIFM. Their expressed mission has been to assure, in conjunction with the International Fragrance Association (IFRA), the safety of the ingredients used by the fragrance industry. In symmetry, our flavor materials are looked after by the Flavor Extracts Manufacturers’ Association (FEMA) in the United States with coordination with its European counterpart – the European Fragrance Association, and its’ parent, the International Organization of the Flavor Industry (IOFI).

These two independent groups have expressed methodologies and focus based upon differing end-points of concern. Topical applications require protocols which are not the same as those for ingestion.

The amount of money spent by RIFM over this time has been staggering: One can estimate that $66 million has been spent for direct testing with an equal amount spent for scientific evaluation and assessment by the RIFM staff and the independent Expert Panel – the Expert Panel being the scientists and academics who verify the scientific validity and objectivity of RIFM safety assessments and research findings.

It must be emphasized that the major portions of these funds have come primarily from the multi-national fragrance companies, not from smaller corporations or the essential oil houses. This is in addition to the huge amounts which they have spent annually testing their internal specialties. This, their data, is fed directly into the RIFM data base, too. Over $6.7 million (out of the current annual budget of $12.66 million) was spent on testing and research alone in 2015. For 2016 the budget is $9.02 million for testing and research with increased efforts to add data to their base.

Throughout their history of important work RIFM has been primarily focused upon individual chemical compounds. With their demanding and rigid standards they have published monographs and group summaries on 1,447 chemical substances with some 3,500 toxicological end-point evaluations. Defined standards have restricted usage for 187 materials and total bans have been issued on 84 specific compounds. This is a rare event for any industry in general and a laudable moral position which is often economically detrimental to many of our members.

Our fragrance industry should be applauded for its intelligent forward thinking. However, the reasons for this historical single chemical approach to testing are not entirely clear. Either from oversight, neglect or because of the direction the folks who set the priorities for testing, Natural Complex Substances (NCSs) were not on their radar. And, in consequence, protocols and methodologies had not been established for NCS’ as they had for single substances. Following this approach, several of the chemical component compounds of our essential oils have had some worrying results. There had been an almost total neglect of essential oil testing per se.

The Gravity of Single-Chemical Testing

A number of us essential oil people, led by the indefatigable Laure Moutet, some 15-20 years ago had insisted that oils should be considered as single substances, why? Because they are, and they have an aesthetic which supersedes the sum of their individual components. We have believed that individual chemical components of oils should not be taken out of the natural context in which they exist. Basic biology would assume that plants produce these compounds for specific reasons such as predator control.

We knew that this component approach would get us into troubled waters if only because of the fact that many substances of our more complex oils, vetiver for example, were unidentified, and are still not. Anyone familiar with REACH requirements and allergen identifications know the depth and complexity of this problem which is a direct result from this serious mistake ingrained into EU thinking so long ago.

The gravity of this situation became apparent six or seven years ago. Pending legislative initiatives, including REACH, brought into focus how sparse our data truly was and how challenged the essential oil industry was by this neglect.

Yes, many components of the more common oils had been vetted, as they are integral to the perfumers’ pallet but some of this data we discovered was alarming and disquieting. The data showing that methyl eugenol, for instance, in isolation was a potential carcinogen is devastating.

Can you see the gravity of this concern? If the European world view—which espouses the Precautionary Principle—holds sway, all of these natural oils are in jeopardy for fragrance use. Fortunately we have had some encouraging news on methyl eugenol which I will discuss later in this article.

What is neglected in this approach to science is that it fails to account for man’s relationship to his environment. Over tens of thousands of years of man’s evolution, our bodies have learned to understand and assimilate this complex chemical fabric we inhabit. We have used, we have consumed and we have lived with so many of these plants and spices since forever. To take them out of context and ignore their exposure levels has been misguided.

Upon the initiative of the IFEAT board and its scientific committee discussions produced a working document outlining an active exploration of the safety of NCS as entities not as an admixture of their components. In August/September 2013 this agreement was concluded with RIFM. IFEAT proposed to fund this work on essential oil safety for use in regulatory assessments. The fee was concluded at a rate of Sterling 100,000 per year for three consecutive years for a total of Sterling 300,000, the first phase ending at the end of this year. The major points of this agreement state that in consideration of this funding, RIFM would warrant the following to IFEAT:

I must commend the then IFEAT Chair, Ramon Bordas, as well as Alain Frix, Jens-Achim Protzen and the ex-president of RIFM, Dr. David Wilcox for their perseverance in getting this in place.

Now, to the science, with which I am far less comfortable. I am indebted to Ann Marie Api for preparing this information for me as I could not have done this myself. I will quote extensively from her so I give total credit.

So, what has RIFM been doing for us? To date IFEAT has selected 18 oils for evaluation with another 12 submitted this month. RIFM, upon receipt, has asked for compositional data from known industry users. “During evaluation of the NCS of interest, the genotoxicity assessment can be conducted by using data on the NCS proper or by application of the Threshold for Toxilogical Concern (TTC). If this available data is shown to be lacking, an initial genotoxicity evaluation is concluded by a BlueScreen1. If the BlueScreen assay is negative, meaning that it is not problematic, it would then go to the Reverse Bacterial Mutation test, that is the Ames test, OECD TE 471 and then to the in vitro micronucleus assays.”

The BlueScreen test (T-1) for genotoxicity and cytotoxicity is done on mammalian cells and is used for singular chemical compounds as well as mixtures. A material is cyctotoxic if it will kill a cell – similar to snake venom. Genotoxicity defines whether or not a substance will cause damage to the genetic material of a cell which may, therefore, lead to cancer. It was decided that we would use this screening process to ascertain if there were any concerns about a particular NCS.

Metabolic activation questions whether a product is genotoxic, in itself, or if it may metabolize into a genotoxic material. This work is being done by Gentronix Laboratories.

The Ames Test determines the incidence of mutagenicity in a bacterial cell culture environment. Mutagenicity is simply the potential of a substance to cause a mutation. By definition all mutagens are genotoxic; conversely, not all genotoxic substances are mutagens.

The in vitro micro nucleus assay (T-2) evaluates for cytogenicity of an NCS in human cells. Human peripheral blood lympthocytes are the medium and are tested for their metabolic activation potential. This test provides information on whether or not a material interferes with cell reproduction during the process of cell division.

So, you will see in T-3 the summary of the results on the eleven NCSs tested to date. There are, at present seven others in process.

We are most pleased to report that all were negative for genotoxicity potential both with and without metabolic activation in the Blue Screen HC assay. Just recently we have been advised that amyris, cananga and sclary sage oil “passed” the Ames test. We await the results of the Ames on the other eight. All eleven of these oils are now under evaluation for the in vitro micronucleus procedure.

We are pleased and encouraged because several of these oils contain significant percentages of chemicals which had netted unfavorable results when they had tested as single chemical substances. Something is tending to negate this negative aspect when they exist in their natural context. Methyl eugenol, citronellal and linalool containing oils have had these encouraging BlueScreen results. Rose oil with approximately 2% methyl eugenol, lavender and sclary sage contain significant percentages of linalool and linalyl acetate. Eucalyptus citriodora is +/- 75% citronellal. Also encouraging are those favorable Ames test results on amyris, cananga and clary sage. But, I hasten to emphasize caution, as these are very early days with only a small number of oils having been tested, which is eleven out of some 250.

This work which RIFM is doing truly supports all of our essential oil producers in a meaningful way. They are managing the testing and safety data requirements which are now mandatory in many parts of the world. Having clean scientific data supporting the safe use on our beloved oils will assist greatly in our advocacy with our respective governments. And, the marketing of oils will be constructively facilitated.

I have one worry which is that our E.U. brethren will invoke the Precautionary Principle and insist that rose oil, lavender, and all of these other natural oils, should be dismissed from use because of their methyl eugenol content rather than consider its safety in its natural context. It is up to IFEAT and to you to help dissuade this thinking. It should be our priority.

Will all of our flowers be gone? Well certainly they could be, if we are not smart, diligent and scientifically rigorous.