A History of India's Perfumery & Aromatics 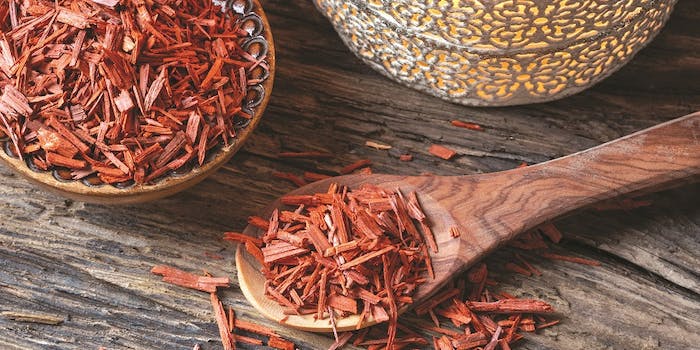 “With betelnut, unguent, and garlands,

India is home to many precious aromatic products and has long been known in the West as a source of perfumes. In the medieval European imagination, India was redolent with spectacular aromatics because it was close to the Garden of Paradise. Perhaps surprisingly then, within India people have long appreciated exotic scented materials, often looking beyond the subcontinent to remote regions and islands for their version of the land of spices. The world of Indian perfumery was never static, and the range of local and imported aromatics available in India expanded from ancient times until around 500 AD. Indian perfumers, arguably, had access to more aromatics than anyone else on earth.

The earliest texts we possess from ancient India, the vast collection of texts called the Vedas contain hymns, ritual instructions and philosophical speculation, dating from around 1200 BCE through the later first millennium BC. The Vedas mention only a few aromatics: flower garlands along with guggulu resin (a type of myrrh) and costus root. Guggulu, burned as incense, was said to be the flesh of the fire god Agni, so central to these ancient rituals, and costus root was also said to be a god. Guggulu is still burned in Hindu rituals today and is arguably one of the oldest continually used aromatics in India. The aromatics of the Vedas were probably sourced from within South Asia—Western regions for guggulu, and costus from mountainous regions in the North. At this early period, the classic aromatic palette of Indian perfumery had yet to develop.

Related: [podcast] The Scent and Spirituality of Sandalwood

In such texts as the great epic poem called the Ramayana, we read of sandalwood and agarwood, and already these scented woods were highly valued. The evidence suggests they were ground to a paste that people smeared on their bodies and on other things such as weapons. Sometimes, the woods were burned, as in a cremation pyre. A text on statecraft called the Arthashastra that is about two thousand years old lists several varieties of these woods, called by exotic names, that are stored in the royal treasury. Clearly, these woods were valuable and durable commodities, as they still are today.

The classic list of Indian aromatics seen in literature and perfumery—sandalwood, agarwood, camphor, musk and saffron—is established in the early centuries AD. Along with cloves, nutmegs, cubebs and frankincense, these were effectively “spices” for people in India. Like spices in Europe they were rare, precious, and in many cases imported through long-distance trade. India was unusually well placed to trade in all these materials, located right in the middle of Southeast Asia (agarwood, camphor, cubebs, nutmegs), the Himalayas and China (musk), and Arabia (frankincense). Saffron came from Kashmir, and Kashmiri’s have long been proud to produce this precious aromatic “spice.” And in Indian poetry sandalwood was said to come from the mountains in the south, where the trees were filled with venomous snakes—a popular metaphor for a tantalizing mixture of good and evil, so a king, for example, might be compared to a sandalwood tree, admired and important yet surrounded by toxic followers.

These precious, mostly imported substances were used along with more local products such as jatamansi, costus root and vetiver (patchouli is strangely absent in early periods). These too were valued in perfumery for their scent but were not as precious as the exotics, such as Chinese musk and camphor from Borneo. Dozens of types of flowers such as the many jasmine varieties of Sanskrit literature were also cultivated for their scent, though there was no distillation in early periods. Often used fresh, as garlands, the way to preserve these fragrances was by an ancient form of enfleurage using sesame seeds. The sesame was stored with piles of fresh flowers, replaced day after day until the seeds were infused with perfume, and then the seeds were crushed to extract the oil—a process that is still used for making hair oil in India today.