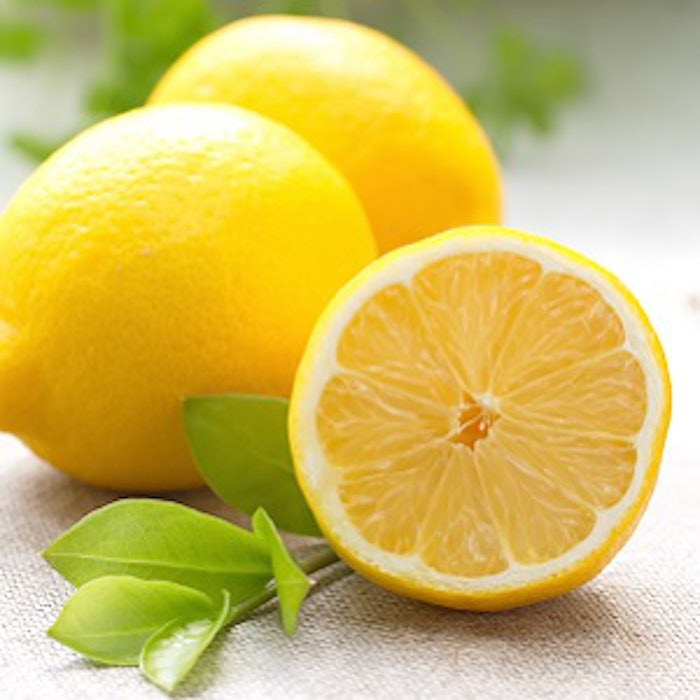 Known as golden apples centuries ago, lemons were once regarded as luxuries, traded for precious items in marketplaces around the world. Today, with over 3 million tonnes produced each year — the equivalent of approximately 21,000 million individual lemons — this fruit is as popular as it has ever been. Though, considering the sheer volume of production, one is unlikely to gain much return from bartering with a lemon.

The origins of the lemon, Citrus limon, are as old as civilization itself, lost in the sands of China and the Middle East. Wherever its geographical origins lie, by the fi rst and second centuries AD lemons were being cultivated in the Middle East and Greece. In the ruins of Pompeii there is a mosaic that depicts a lemon, and there is documentary evidence that by the second century AD Rome was importing lemons from North Africa. During subsequent centuries, the fruit spread throughout the Roman Empire, thriving in the warm climates of the Iberian Peninsula and the Mediterranean, before reaching the Americas around 500 years ago.

Global Lemon Production Lemons are not only cultivated for the fresh fruit market, but also for their juice and other valuable derivatives, including a number of specialist fl avor and fragrance products. In fact, lemon is one of the most widely used materials in the fl avor and fragrance industry. Today, the six largest lemon-producing countries are Argentina, the United States, Spain, Italy, Brazil and South Africa. South America overall has considerably increased its lemon output over the past 15 years to become the largest producer and processor of lemons worldwide.