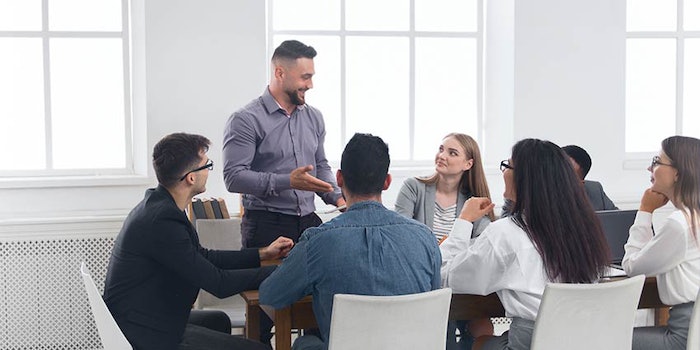 During Givaudan's 2020 Annual General Meeting, all proposals by the board of directors were approved and the company approved its 19th consecutive dividend increase since 2000.

Givaudan’s 2020 Annual General Meeting saw reduced attendance by representatives due to the COVID-19 outbreak, and shareholders were instructed to vote in writing or through a secured online platform.

With 91.85% of votes, it also approved the company’s compensation report on a consultative basis.

During the meeting, the company also approved a distribution to the shareholders of CHF 62.00 gross per share. This is the 19th consecutive dividend increase following Givaudan’s listing at the Swiss stock exchange in 2000. The amount was paid out of available earnings as an ordinary dividend, taxable in Switzerland.

All current members of the board of directors were re-elected, each for a term of one year until the next Annual General Meeting in 2021, in accordance with the legal requirements and Givaudan’s Articles of Incorporation:

Manuel Isler, attorney at law, was re-elected as independent shareholder representative until the next Annual General Meeting in 2021 and Deloitte SA was re-elected as auditors for the financial year 2020 with Karine Szegedi Pingoud as lead auditor, partner.

Finally, the Annual General Meeting approved the remuneration for the board of directors and the executive committee. In particular, it approved:

“In these unprecedented times we all have to adapt our ways of working and communicating,” Calvin Grieder, chairman of the board of the directors, said. “Givaudan’s AGM this year was held in accordance with the guidance from the local authorities in order to best protect the health and safety of our employees and our shareholders. I’d like to express my thanks and appreciation to our shareholders for their continued support and interest in our company.”

Grieder continued, “At Givaudan, our priority is the health, safety and well-being of our employees, customers, our partners and suppliers, and all the communities where we operate. Our business is also resilient, and we are working in partnership with our customers, suppliers and partners to navigate this challenging environment and keep business operating as best as possible in the circumstances. I wish to thank our employees who make this possible.”