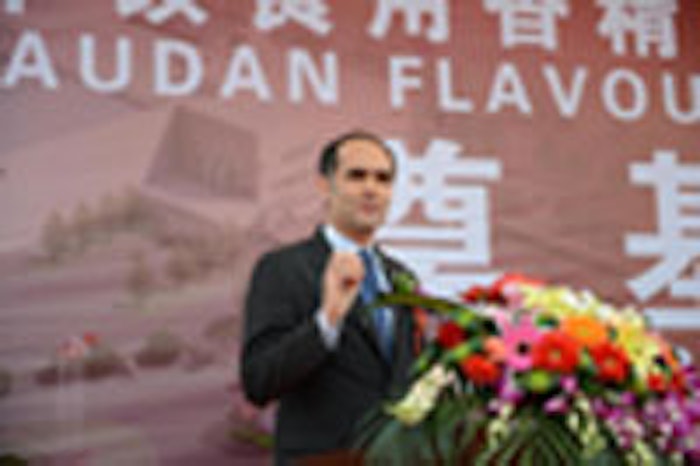 The flavors and fragrance company said the new facility will substantially increase its current savory production capacity and enable it to serve customers in China more efficiently. The new site is expected to be fully operational in 2015 and will employ over 100 staff members.

“The Nantong savory plant supports Givaudan’s global strategic initiatives to grow our business in emerging markets such as China," CEO Gilles Andrier said at the groundbreaking ceremony. "These markets offer immense market potential due to ongoing urbanization and rise of disposable income."

With an increasing level of consolidation and sophistication, the China flavors market has a total market potential of RMB 6.7 billion (CHF 1 billion) and Compound Annual Growth Rate is expected to reach 6.6% by 2015, according to Euromonitor data. Givaudan said China remains one of its most significant emerging markets.