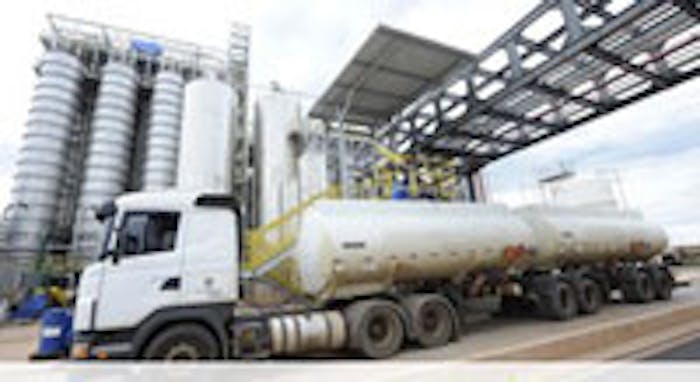 Amyris Inc. has made its first commercial shipment of Biofene, the company's brand of renewable farnesene, to be used in a range of specialty chemical and fuel applications.

The company's first purpose-built industrial fermentation facility produces the product in Brotas, located in the state of São Paulo. (As announced in February 2011, Amyris entered a pact with Givaudan to develop a derivative of Biofene to be used as a building block for proprietary fragrance ingredients in Givaudan’s palette.)

"This initial shipment marks the successful completion of our start-up activities," said John Melo, Amyris' president and CEO. "We have operated multiple tanks without contamination or surprises through several production runs during the first month of operation."

"We are now focused on ramping up Biofene production and delivering product to our customers, from renewable diesel for bus fleets in Brazil to squalane emollient globally and soon a range of specialty chemical applications," Melo added.