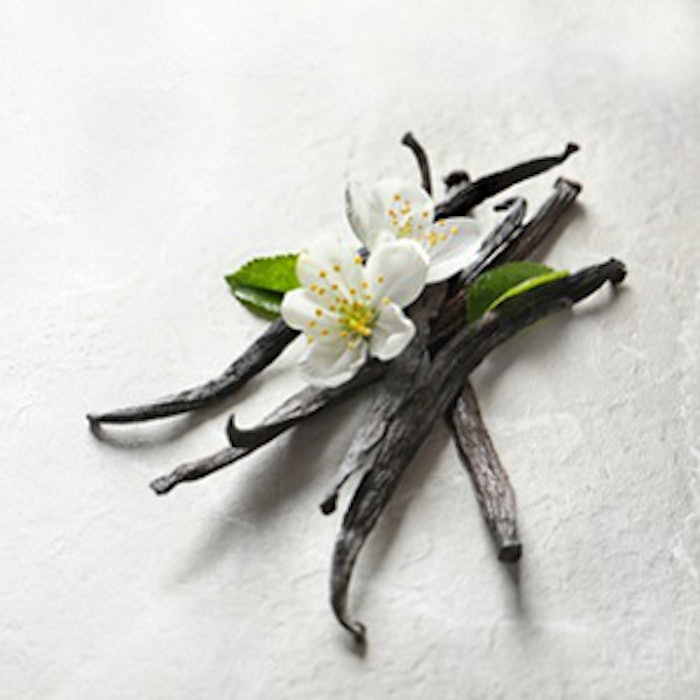 Vanilla (Vanilla planifolia Andrews) is a climbing orchid indigenous to Mexico (F-1A). Vanilla was introduced to Europe by the Spanish Conquistadores in 1520, but commercial production of vanilla didn’t begin for another 300 years with the discovery of hand pollination of the vanilla flower. In the wild, vanilla flowers are pollinated by insects. When left on the vine, vanilla beans senesce, as manifested by yellowing and, next, by browning (F-1B), a process resembling commercial curing. However, the flavor quality of naturally cured beans is inferior.

In commerce, vanilla is propagated by cuttings and is cultivated in tropical regions. The plant requires three to four years to flower, and flowers once a year. The fruit (vanilla bean) is allowed to develop for eight to 10 months before harvesting. Worldwide production of vanilla beans is around 2,000t annually (US Department of Commerce and EUROSTAT).

Vanilla beans are harvested green, flavorless and subjected to a curing process for three to six months, depending on various curing protocols in different localities. The objective of the curing process is to develop the prized vanilla flavor and, in addition, to dry the cured beans for subsequent ethanolic-water extraction that renders the familiar vanilla extract.