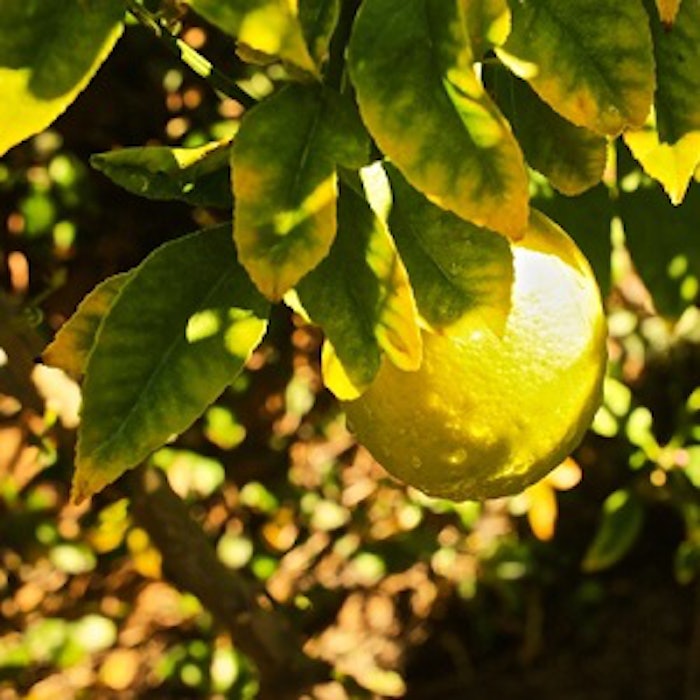 Meyer lemon (Citrus x meyeri) is a hybrid citrus fruit native to China. It is not immediately clear what Meyer lemon’s hybrid pairs were. The literature is vague at best, claiming a lemon/ orange hybrid or lemon/mandarin hybrid. The Meyer lemon came into the United States from China in 1908. Therefore, the origin predates that, presumably in China. It is unclear if the plant originated in China as a natural hybrid found by a plant enthusiast or if it resulted from a deliberate cross by a plant breeder. The US version of Meyer remains the same as the original introduction other than the removal of viruses.

The tree was brought to the United States from Beijing in 1908 by Frank Meyer, the eponymous plant explorer, for the US Department of Agriculture (USDA)b. Born Frans Nicholaas Meijer in Amsterdam in 1875, he immigrated to the US in 1901. In 1905 he was hired by the USDA in its Offi ce of Seed and Plant Introduction. His title was Agricultural Explorer, and his job was to send economically useful plants back to the United States. He sent trees and shrubs of ornamental value along with the images he collected on his travels to Harvard’s Arnold Arboretumc. In the early 1900s Meijer/Meyer was traveling near Beijing and came across a dwarf lemon tree. It must have struck him as something new and different enough to be worth shipping back to the United States. Meyer died while on an expedition near Shanghai in 1918; he never enjoyed the success of his namesake.

As has often been the case with imported botanicals, the Meyer lemon tree brought along two companion ailments, Citrus tristeza virus and tatter leaf capillovirus. It so happened that the Meyer lemon trees that were being cloned were symptomless carriers of the virus which had killed millions of citrus trees all over the world and rendered other millions useless for production.