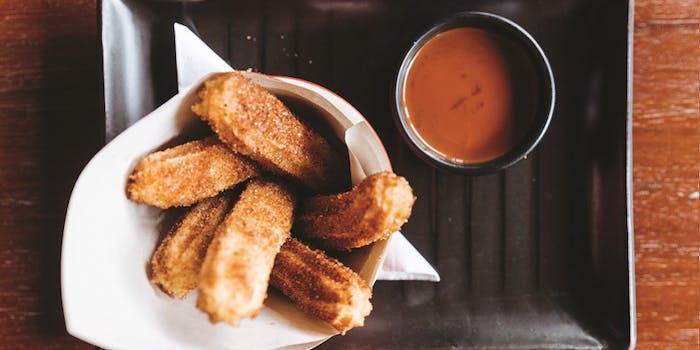 Cinnamyl acetate, 3-phenyl prop-2-enyl acetate, (FEMA# 2293, CAS# 103-54-8) has a very attractive, fruity, balsamic aroma. This ingredient is pleasant and, in many ways, unobtrusive. It is very hard to imagine it in the driving seat of a flavor, but it plays an important secondary role in many flavors, rounding out angular profiles and adding depth. It is particularly effective when used in combination with one of the two key cinnamates: methyl cinnamate and ethyl cinnamate.

Often methyl cinnamate is the dominant member of this partnership. This combination works well, especially in guava and strawberry flavors, but an even more effective combination is cinnamyl acetate and ethyl cinnamate.

Cinnamon: Cinnamon flavors are the closest cinnamyl acetate gets to playing a lead role but, even here, its main function is to take the edge off cinnamaldehyde. A reasonable starting point is 2,000 ppm.

Ginger: Ginger flavors are inevitably complex and might seem in no need of extra complexity. Many notes are bright hydrocarbons and a hint of this ingredient, around 50 ppm, softens and deepens the taste.

Honey: Honey flavors cover a very wide range of profiles. A reasonable starting point is 200 ppm and works well in any floral profile. Heavier honey flavors, such as clover, can benefit from 500 ppm or more.

Molasses: Molasses and brown sugar flavors can easily veer towards maple. Just a modest addition of cinnamyl acetate can prevent this effect. An ideal level of addition in molasses flavors is 50 ppm. Slightly lower levels are better in brown sugar flavors, nearer 30 ppm.

Vanilla: Vanilla bean style flavors benefit from a touch of cinnamyl acetate, around 50 ppm. Some European style vanilla flavors have a distinct balsamic profile and much higher levels, nearer 500 ppm, are very effective.

Banana: Cinnamyl acetate tempers the fruity notes in banana flavors and also softens the clove character. Very little is needed to achieve these effects, 20 ppm is more than sufficient.

Guava: Guava flavors have an obvious balsamic note, usually driven by ethyl cinnamate or methyl cinnamate and cinnamyl acetate is a very helpful adjunct to either of these chemicals at around 500 ppm.

Lychee: It might be hard to imagine how 10 ppm of this ingredient could have any noticeable effect, but lychee is a delicate profile and 10 ppm offsets the rose notes nicely

Passionfruit: Cinnamyl acetate at 20 ppm deepens passionfruit flavors and softens the dominant fruity and sulfury notes. The effect is much more obvious on taste, with added realism.

Pineapple: The same effect, and the same 20 ppm level of addition, works equally well in pineapple flavors. It is effective in both fresh and canned style flavors.

Starfruit: Starfruit flavors are pretty much as delicate as lychee flavors and, here again, 10 ppm has a pleasant deepening effect.

Apple: All apple flavors need a dominant fresh note, often provided by trans-2-hexenal, but this can lead to a lack of depth. Cinnamyl acetate, at around 20 ppm, helps to add depth and complexity.

Apricot: Higher levels, up to 100 ppm, are equally effective in apricot flavors, giving a subtle taste effect and adding realism.

Cherry: A good level of cinnamyl acetate in authentic cherry flavors is 50 ppm, adding realism without intruding noticeably into the character. The more benzaldehyde-oriented fantasy style flavors need higher levels. At 200 ppm, it softens the bitter almond notes quite nicely.

Peach: Peach flavors behave in a very similar way to apricot flavors and 100 ppm is also a good starting point for this category. At this level it takes some of the edge off the gamma lactone notes.

Pear: Lower levels of cinnamyl acetate, as little as 20 ppm, add an ideal extra depth and complexity to pear flavors, working in very much the same way they do in apple flavors.

Blackberry: Blackberry flavors might not lack depth, but a little extra complexity is often welcome. Cinnamyl acetate can help with this at levels of addition in the region of 50 ppm.

Blackcurrant: The bright, catty, sulfur notes of blackcurrant flavors can really benefit from offsetting depth and complexity. This ingredient at 40 ppm is a useful part of the solution, ideally in conjunction with other middle notes.

Raspberry: Cinnamyl acetate at moderate levels, around 50 ppm, can add extra realism and red fruit character, lifting the profile out of the ordinary, adding ripeness without detracting from the fresh notes.

Strawberry: The ideal level of addition to strawberry flavors varies. A good level for fresh strawberry flavors is 150 ppm, where cinnamyl acetate helps to round out the cinnamates. Jammy flavors can easily go higher, depending on the profile required.

Grape: Concord grape flavors can easily make good use of at least 200 ppm of cinnamyl acetate, adding a very sympathetic twist to the rather plain character of methyl anthranilate. More floral grape profiles, such as Muscat, need to reduce the level of addition considerably, down to 20 ppm.

Grapefruit: This might seem an unexpected ingredient in any citrus flavor but that should not deter us. Differentiating grapefruit from orange is always helpful and the effect of cinnamyl acetate in peely grapefruit flavors at 100 ppm is definitely interesting.

Rum: Cinnamyl acetate works well in white rum flavors at around 20 ppm, adding useful weight to what is often a very ethereal and insubstantial profile. Much higher levels can be used successfully in darker rum flavors, up to 100 ppm in extreme cases.