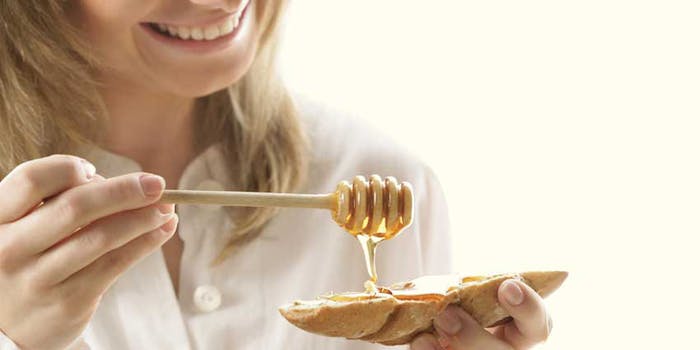 Like so many flavorists, I love to cook. Modest additions of sugar can make all the difference in many dishes, but are especially important in Chinese cuisine. We all know we should try to limit our sugar intake, but this is not an easy task in respect of many Chinese dishes. Cutting back a little by replacing sugar with honey is one solution. It does not really do so much to actually cut back on sugar intake, but it is psychologically effective. It also has the unexpected bonus of enhancing the aroma of most of the dishes. The warm, enticing bouquet of honey adds an extra dimension of flavor.

Much the same applies to the odor of honey in flavors. It can add warmth and depth to a wide range of flavors. Several esters of 2-phenyl acetic acid (FEMA# 2452, CAS# 101-97-3) are worthy contenders for the best honey character. In my personal opinion, ethyl phenyl acetate has the softest profile and the widest range of applicability. The most obvious alternative, methyl phenyl acetate, is powerful and attractive, but it has a distinctly harsher edge to its profile.

Caramel and Brown Sugar: A level of 50 ppm can be helpful in caramel, toffee, brown sugar and molasses flavors, adding depth and complexity.

Cocoa: Many sources of cocoa beans display attractive and obvious honey notes. This ingredient provides this essential character at levels of addition around 100 ppm.

Coffee: Coffee flavors are often in need of rounding out to prevent them from being utterly dominated by sulfur notes at one end of the scale and maple notes at the other end. A level of 20 ppm of ethyl phenyl acetate works well in this context.

Tea, Black: At first sight, ethyl phenyl acetate might seem to be more in tune with black tea flavors than green tea flavors, but the reverse is true. Moderate additions, around 20 ppm, are all that are needed to fit in well to the profile of black tea flavors, while balancing the floral notes.

French Vanilla: The typical heliotrope character of “French” vanilla flavors can all too easily turn powdery at higher levels. Ethyl phenyl acetate rebalances the profile, adding contrasting depth without destroying the attractive “French” character. The level of addition in typical “French” vanilla flavors is quite high (this is not exactly a subtle flavor category), around 100 ppm.

Vanilla Bean: Here the heliotrope note is well and truly relegated to the background, but this ingredient still has a useful note to play, adding complexity and depth. Levels can vary, depending on the profile, but 10 ppm is a reasonable starting point.

Apricot: Ethyl phenyl acetate might not seem an obvious component for any fruit flavor, but it can be surprisingly effective, deepening apricot flavors at the modest level of 10 ppm.

Blackberry: It is even more effective in blackberry flavors, a category of flavors that can often seem nondescript. A level of 50 ppm is a good starting point and the impact is not exactly subtle.

Blackcurrant: A level of 10 ppm of ethyl phenyl acetate is a useful addition to all styles of blackcurrant flavors, working equally well with buchu based flavors and with more realistic true to nature profiles.

Cherry: The same comments also apply to cherry flavors. A level of 10 ppm of this ingredient is equally beneficial in benzaldehyde-based confections and more natural profiles.

Lychee: Rose is normally the dominant note in lychee flavors and it can be difficult to broaden the profile with fruity notes that carry conviction. Ethyl phenyl acetate helps to bridge that gap, blending equally well with rose and fruity characters. A level of 20 ppm is a good starting point in lychee flavors.

Peach: The effect of ethyl phenyl acetate in peach flavors is very similar to that in apricot flavors, but it can get away with being a little more assertive. A good level to start is 20 ppm.

Pineapple: Low levels of addition, in the region of 20 ppm are useful in fresh pineapple flavors, adding an extra element of depth.

Plum: A level of 10 ppm of ethyl phenyl acetate also help to round out realistic plum flavors, but higher levels can also be used to good effect in more abstract styles.

Raspberry: Ethyl phenyl acetate is very much at home in raspberry flavors and 50 ppm is a good level to obtain extra richness and depth.

Hydrolyzed Vegetable Protein (HVP): Ethyl phenyl acetate can be used in many meat flavors, but it is most compatible with HVP flavors. High levels are generally best, starting at 1,000 ppm.

Soy Sauce: The effect in soy sauce flavors is very similar to that in HVP flavors, but the ideal level of use is, unsurprisingly, a little lower, around 500 ppm.

Brandy: Ethyl phenyl acetate can be helpful at low levels in many spirit flavors, but it is especially subtle and useful in brandy flavors. A level of 10 ppm is a good starting point.

Hazelnut: This ingredient is also effective in many nut flavors, but particularly in hazelnut and praline flavors. Levels vary, depending on the profile, but 40 ppm is optimum.

Honey: Here ethyl phenyl acetate really comes into its own. It is a vital ingredient of all the many styles of honey flavors, blending well with bright floral notes and also working well in conjunction with heavier clover notes. A level of 6,000 ppm is a very effective level.

Condensed Milk: Condensed milk flavors cover quite a range of different profiles and this ingredient is arguably most effective in the more “heated” types at levels in the region of 20 ppm.

Peppermint:In many markets, the optimization of peppermint flavors consists of trying to minimize the cornmint characters of the cheap oil based components of flavors and maximize the notes of real peppermint. A level of 5 ppm of ethyl phenyl acetate makes a significant contribution.

Rose: The combination of a modest honey note, derived from 200 ppm of ethyl phenyl acetate and floral rose notes is attractive.

Rum: Of all spirit flavors, the most obvious connection to this ingredient is dark rum. A good level to start is 100 ppm and is actually also effective in white rum flavors.