The Science and Opportunities of Modern Fragrance 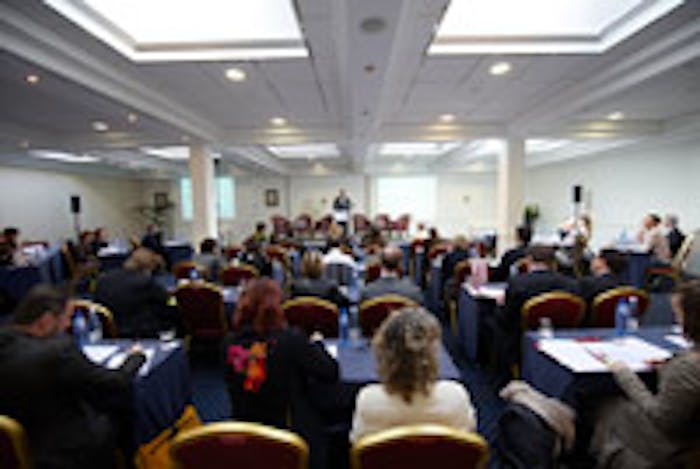 “Various scientific studies have shown that lemon fragrances can act as an antidepressant,” said Jacob. “Orange and wood oils decrease stress and so does lavender, which is also associated with happiness. Meanwhile, food and fruit odors help patients recover from illness. So bringing flowers and grapes to hospital really will help sick relatives to get better.”

The use of odors and fragrances could also help with mood and sleep.

For instance, he said, in one experiment mice were given a combination of naphthalene and interferon and conditioned to increase the presence of natural killer cells in their bloodstream, thus strengthening their immune systems. A month later the same mice were presented with the naphthalene odor again without the presence of interferon, but the mice continued to produce the cells. Another study led by Jacob found a link between odors and the ability of subjects to go to sleep. Over a period of several weeks, test subjects exposed to key odors found it increasingly easier to sleep than the control group. In both male and female subjects the level of skin conductance fell, suggesting that they were in a more relaxed state.

On an even more basic level, Jacob argued that the sense of smell helps humans to choose their lovers and mates. People often choose mates who give off a distinctly different odor, which may signal a notably different immune system that in combination can aid in the production of children that are healthier than their parents. In an experiment, Jacob tested out this “hedonic reciprocity,” asking students to anonymously rate the odors of other students—both male and female—as attractive or unattractive. Candidates of similar genetic makeup disliked each others odors, while they enjoyed the smell of those who were dissimilar. “They reciprocally hated and liked the smell of other candidates,” said Jacob.

The sense of smell or lack of it can have other health implications, said Steve van Toller, a pioneer in the field who set up the world’s first olfaction department at the University of Warwick in the 1970s. Patients with anosmia—the loss of the sense of smell often caused by a blow to the front of the head that severs the olfactory nerves—complain that they also lose their sense of taste. The first reported account was made public in the 1860s and focused on the case of a person who lost his sense of smell after falling from his horse in 1837. This example was largely forgotten until research papers on anosmia started to be published again in the 1940s. Toller further explained that patients often feel that their complaint is unique. Part of the treatment of the condition includes reassurance and an investigation of how strong a sense of smell patients used to have.

“The problem of a loss of smell in old people is just as important and as problematic as in the reduction of quality of life caused by the loss of hearing or sight,” said van Toller. He also reported that he was horrified that many in the health profession ignore the condition even within ear, nose and throat departments of hospitals. “In one case I came across an ENT specialist who reported that the patient had not lost his sense of smell because he could smell ammonia. I was appalled as ammonia is not a smell, but a touch,” he said. Despite this, van Toller reported that patients can be taught to enjoy a sense of taste again by actively noticing the difference between sensations such as hot and cold or sweet and sour.

During an overview of perfume history dating back 4,500 years, Olivia Bordalo of the Centro Dematologia, based in Lisbon, Portugal said that the good news for the industry was that, thanks to the changing of compositions of formulas, sensitivity to fragrances and perfumes and rates of allergic reactions were falling. This is despite allergy rates increasing overall due to the public’s increasing exposure to other sensitizers.

“The number of cases of contact dermatitis we see caused by allergies to fragrances and perfumes are decreasing,” she said. “This is because the composition of fragrances is changing and causing less of an allergic reaction while other household items seem to be causing more.”

Allan McRitchie, a perfumer who was formerly head of Procter & Gamble’s technical center based in Newcastle, said that consumers have been demanding more sophisticated perfumes in items they frequently use. Household goods manufacturers over the past three decades have responded to this need. McRitchie also revealed that a third of consumers will often smell a product in the supermarket before purchase.

“Perfumes can be of such great importance, because its effects transcend just simple appreciation of the smell,” he said. “It is one of the most multifunctional components in a product, as it operates both at the conscious and subconscious level.”

Consumers also associate a certain smell with a product. For instance, Fairy Liquid used the same formula for 40 years because the makers found that the product without a perfume or with a different smell was rejected.

“Without the use of perfumes it is increasingly difficult to deliver a product that the consumer wants,” he said. “For instance, with laundry detergents the smell is regarded by between 70–90% of users as the key determiner as to whether clothes are clean and fresh.”

McRitchie also pointed out that one of the most enduring fragrances used by household good businesses was lavender.

“A perfume that’s very well liked and appropriate can have a huge effect on the appeal of a product to consumers,” he said. “Perfumes with a lavender dimension to their character have been highly successful in providing consumers with a freshness that is perceived as relaxing. Lavender’s popularity was proven with the launch a lavender version of Bold detergent, which rapidly became the largest variant of the brand.”

New developments in fragrance technology can also help dealing with common malodors by either masking them or chemically reacting with them to produce malodorless byproducts, McRitchie further explained.

Perfumer Christophe Laudamiel of Aeosphere gave an impassioned plea for the industry to set up an academy to improve the fragrance industry’s image and to put the creation of fragrances on a par with the high arts, such as music and painting. He also explained that through education the nose could become just as important as the eyes and ears to our understanding of the world.

“There are 347 receptors in the nose and only four in our eyes,” he said. “An academy of perfumery would encourage an understanding of what the industry does and improve our standing in government, scientific and artistic circles.”

He also pointed out that the sense of smell could help stimulate the brain with education at all levels from primary to post-graduate. As part of his campaign to better the image of the fragrance industry Laudamiel has helped set up the Education Initiative at the New York-based Fragrance Foundation. The foundation also visits schools, “to encourage children to explore the world with their noses as well as their eyes and ears,” he said.

“We use education kits that include scratch and sniff hand-outs, which the children like a lot.”

How children interpret and distinguish smells is part of a key academic debate on whether infants have an innate knowledge of odors or whether it is learned. A famous study on the subject was done by Steiner et al. on day-old babies’ reactions to “good and bad” smells. However, other academics have suggested that the reactions of the infants may be just as much to the intensity of the smell rather than the smell itself.

“There are many studies that say that this sense is innate, but I believe it is learned,” said Jacobs. He illustrated his point by explaining that babies have to be taught not to play with their own feces. “If the sense of smell was innate they would avoid it automatically”.

The Seminar concluded with a comment by van Toller: “People interpret the world visually and aurally—perhaps it is time that the olfactory sense was used more as well.”