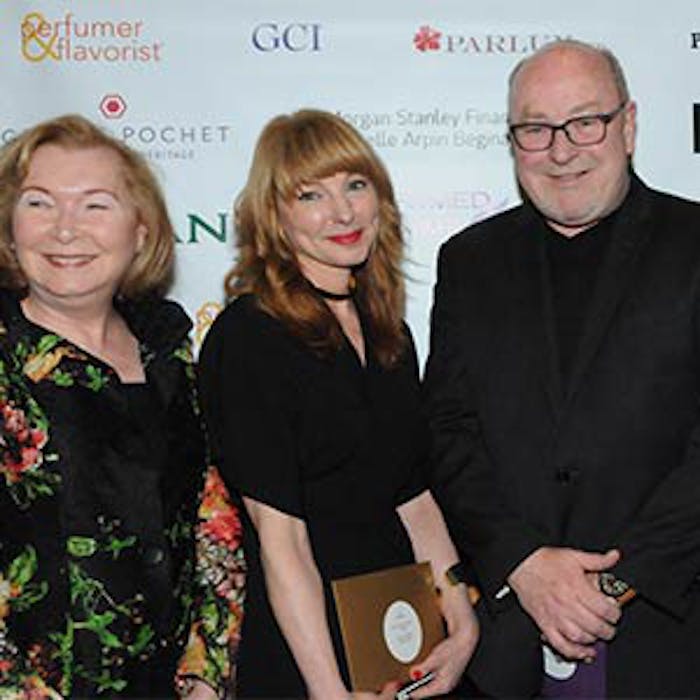 Without early writings, including Sanskrit texts and references in the Koran and Bible, much of perfume's history would have been lost. Today, the written word continues to be a potent tool for communicating the power, beauty and excitement of fragrance, which was recently celebrated in New York by the Perfumed Plume Awards.

Founded by Mary Ellen Lapsansky and Lyn Leigh, the event honored excellence in writing in both digital and print formats. Each winner was presented with a check for $1,000.00 from the Perfumed Plume Awards and a brushed chrome “Apogee” pen by Cross, the official “Plume” award.

“Congratulations to the Perfumed Plume Awards for a very successful event that shines a spotlight on creative storytelling exploring the art of fragrance,” said Westly Morris, senior vice president – fine fragrance at MANE and founding sponsor. “One art form writing about another art form –an inspiring blend.”

“The Perfumed Plume is a wonderful way to challenge a writer’s skill in capturing the many facets of fragrance, ultimately leading the consumer to a newfound appreciation of scent and a trip to the fragrance counter," said Jeb Gleason-Allured, editor in chief of Perfumer & Flavorist & GCI. "We’re pleased to be associated from the very start.”