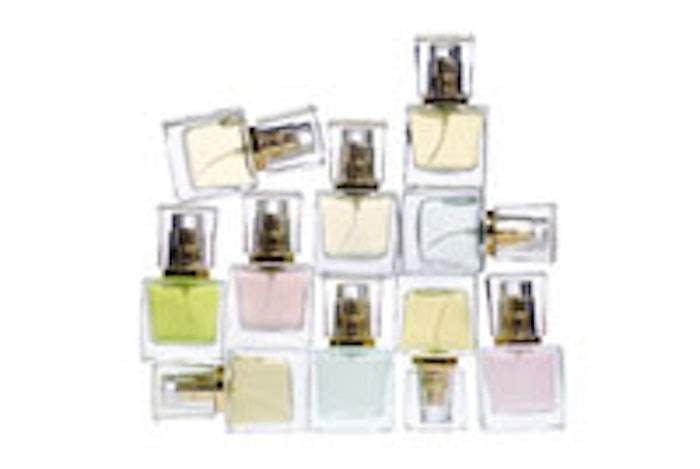 Demsey began his career in retail stores such as Bloomingdales. He has been with Estée Lauder for 24 years, working in both cosmetics and fragrance. Today, he oversees numerous fragrance brands, including Tom Ford, Aerin, Estée Lauder and Frederic Malle.

Demsey, who received a special video tribute from designer Tom Ford, was recognized for his special bond with the designer community and his charity work for AIDS foundations.

Demsey thanked Freida and William Lauder and noted that the first event he attended upon his arrival in New York in 1981 was the Fragrance Foundation Awards. He also thanked his creative and brand teams.

He noted some advice he received early in his career: "Whenever you don't know what to do, the answer is always in the room."

He added, "If you can't see the future, you'll never get there."

"Fragrance has a Soul"

Gilbert Ghostine, CEO of Firmenich, helped honor perfumer Annie Buzantian, who received the Perfumer of the Year, Lifetime Achievement Award. He noted that she thrives when breaking into uncharted territory.

Buzantian, the first woman to receive this top honor, noted that "every fragrance has a soul, a personality."

She recalled a childhood visit to a rose field and her first encounter with rose oil.

Today, she still writes her formulas by hand in order to create without a focus on pricing.

"Perfumery teaches you to be humble," said Buzantian, who joined Firmenich in the early 1970s and worked on a range of consumer product categories before moving into fine fragrance perfumery.

Quoting the poet Tennyson, she said, "“I am a part of all that I have met." Buzantian added, "As perfumers we leave a piece of ourselves in our perfumes."

IFF and perfumery Clément Gavarry were recognized for the creation of Aramis Perfume Calligraphy Saffron.

In accepting the honor along with Estee Lauder's Trudi Loren, Gavarry declared, "nature is the essence of perfumery," and added that perfumers should endeavor to use as many of these rare ingredients as possible.

Fragrance of the Year: Men’s Popular

Fragrance of the Year: Women’s Popular

Fragrance of the Year: Men’s Prestige

Fragrance of the Year: Women’s Prestige

Fragrance of the Year: Men’s Luxury

Fragrance of the Year: Women’s Luxury

Packaging of the Year: Men’s

Packaging of the Year: Women’s

Interior Scent Collection of the Year

Media Campaign of the Year: Men’s

Media Campaign of the Year: Women’s

Bath and Body Line of the Year

Indie Fragrance of the Year

The organization named its group of finalists in each category for the 2015 Fragrance Foundation awards at its finalists' breakfast at the Mandarin Oriental in New York.

Actress Christine Baranski emceed the event for the third year. Again this year, breakfast attendees could vote for the Popular, Prestige and Luxury categories for Fragrance of the Year, and – new this year – for Men’s and Women’s Packaging of the Year.

“The individual votes can change the outcome of Fragrance of the Year and Packaging of the Year,” said Elizabeth Musmanno, president of the Fragrance Foundation. “We are shifting some of the power from corporations to members.”

The final winners will be honored at The Fragrance Foundation Awards on June 17 at Lincoln Center’s Alice Tully Hall, New York, which will be emceed by actor and film producer Alec Baldwin.

The Fragrance Foundation also recognized John Demsey, group president of The Estée Lauder Companies, as this year’s Hall of Fame honoree. Annie Buzantian, master perfumer at Firmenich, is the recipient of the Perfumer of the Year, Lifetime Achievement Award. This honor will be presented during the Fragrance Foundation Awards event.