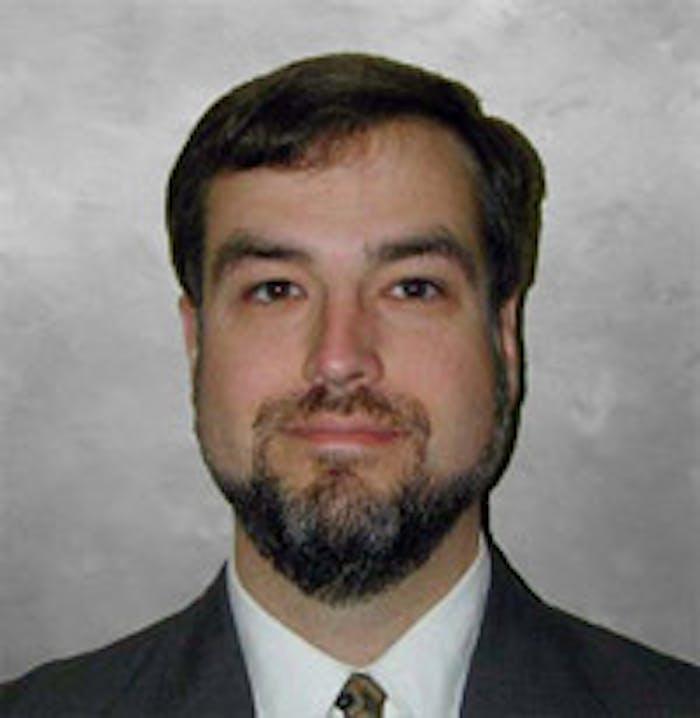 “There are two motivating forces in the NGO community,” says Tom Neltner, co-chair of the Sierra Club’s toxics committee. “The first one is a concern about the health effects of fragrances, specifically on asthma.” It is this concern, he says, that initially sparked his interest in fragrance safety. “I know of a pediatric asthma specialist who works … with children with asthma, and when they pull the air freshener from the houses, the kids feel better. The kids have fewer asthma problems. Now, that’s not final research; that’s just practice. It also doesn’t say if [the air fresheners] are being used properly … as instructed. But it does say that there are some questions that we really need to work through on this issue. We really are concerned about the respiratory impacts from the fragrances themselves.” Neltner explains that nongovernmental organizations (NGO) such as his aren’t interested in lumping all fragrance materials under a single negative banner, but rather seek to discover which individual chemicals may be causing harm.

“The second part,” he says, “is that we firmly believe that the public has the right to know what they’re buying and what they’re being exposed to. That’s just fundamental in how the NGO community goes about it.” Neltner acknowledges that while some information is already available to consumers, few actually use it. That said, Neltner believes the public derives confidence from the perception that the NGO community is reviewing any information that may impact health and, in some cases, taking action.

These and other insights are likely to be touched on during Neltner’s presentation at the Fragrance Materials Association’s (FMA) fall luncheon at which he will speak and take questions—a rare case of direct NGO-industry interaction. As FMA’s executive director Jennifer Abril puts it, the industry is no longer just “talking amongst themselves.”

NGO-Industry Dialogue on Ingredient Communication
In the past, the fragrance industry’s relationships with various NGOs have been troubled, to put it mildly. Earlier this year, that began to change. In conjunction with the Consumer Specialty Products Association’s (CSPA) work on fragrance ingredient communication, FMA entered into a frank dialogue with the Sierra Club and Alliance for Healthy Homes. The talks, described by the parties as constructive, covered topics such as the International Fragrance Association Code of Practice and Research Institute for Fragrance Material standards. Abril notes that the discussions yielded better insights into the NGOs concerns about fragrances in consumer products and the industry’s interest in stopping short of full ingredient and formula disclosure, while still providing consumers with sufficient information. While no formal agreement on these issues has been codified, Neltner says, trust and credibility have been built up on both sides. “People of goodwill can always come across those divides when we can learn to communicate,” he says. Though there is still a long way to go, he calls the progress “a big step forward.”

“Tying the process to specific proposals right now for fragrances may not be the best way to go about it,” Neltner explains. Throughout the process, he has encouraged and facilitated FMA’s engagement with other groups, including Women’s Voices for the Earth and the Natural Resources Defense Council. “None of these stakeholders are monolithic groups,” he says. “In the fragrance industry there are companies that are very progressive, some are more cautious. Some are more secretive—everybody’s in a different mode. Understanding and responding to it is why we got to a good place.” There are differences among the NGOs as well, he adds. “Everybody’s got a different approach to things. … We’re all different personalities, both organizationally and individually. Making those connections directly is important.”

What Will Ingredient Communication Look Like?
“We at the Sierra Club would like to see all chemicals identified,” says Neltner of the CSPA’s work on ingredient communication. “But we’ve realized that’s not going to be practical within the industry. There may be ways to release that information that get closer to what we want and need in terms of helping the public understand products … and make product selections that don’t involve that [full disclosure].” Part of this process, he explains, involves monitoring the ongoing changes to the RIFM process and IFRA standard-setting, which may help address or even allay some of those concerns.

So what might a compromise solution look like? “We’ve seen SC Johnson talk about identifying the fragrance chemicals [in their products],” says Neltner. “Their approach is to point to a list.” This list will publicize the ~200 fragrance materials the company uses in its fragrance products. “I think that’s got some merits,” says Neltner. “It’s also got some problems. Let’s see how that looks, if that meets the consumer’s demand.” Abril notes that a forthcoming IFRA list will include some 2,200 fragrance materials and will serve as a resource for consumer product companies. Neltner and other NGO representatives will be watching how consumer product companies use this information. As with SC Johnson, companies will be able to subsection the list in numerous ways, just as FMA did when it created its list of 535 ingredients found in air fresheners (available here). Others may take a different approach, such as promoting a list of the materials they don’t use in formulations—essentially creating a negative list. Neltner says that the Sierra Club’s current stance allows for “letting the companies work out their different models, seeing what comes of it, seeing what works, seeing how the public responds.”

On Working with the Fragrance Industry
“Every industry is different,” says Neltner, when asked what he’s learned from working with the FMA and its members. “The fragrance industry is a very competitive industry. There’s a pride that you often see in industries, but this one is more of an art. They view themselves much more as artists. Therefore, that traditional business accountability back and forth is different.” It’s here that Neltner feels he’s made the most progress. “It’s not your traditional business,” he adds. “There’s more family and more art to it. We need to really adapt to that.”

Official Bio
Tom Neltner, JD, CHMM is a chemical engineer, practicing attorney, and Certified Hazardous Materials Manager with experience in state government, chemical manufacturing, academia, and public interest advocacy. Today, he is speaking to us as the volunteer co-chair of the Sierra Club’s National Toxics Committee. At the Sierra Club, Neltner serves as the lead attorney on the issues of air fresheners, nonylphenol ethoxylates detergent, formaldehyde in wood products, lead in children’s products, and lead-based paint. He testified before the Senate Committee on Environment and Public Works on lead in consumer products.

Neltner is also the Director of Training and Education at the National Center for Healthy Housing. He directs the National Healthy Homes Training Center and Network. The Training Center is funded by U.S. Environmental Protection Agency (EPA), U.S. Department of Housing and Urban Development (HUD), and U.S. Centers for Disease Control and Prevention (CDC) to build public health capacity. He also is manages an effort on integrated pest management in housing.

Before joining NCHH, Neltner was the executive director of the Improving Kids’ Environmental (IKE) in Indiana. IKE is a non-profit advocacy group dedicated to children’s environmental health issues including lead poisoning prevention, air toxics, healthy homes, and urban sewage. He started IKE in 1999 after six years with the Indiana Department of Environment as the Assistant Commissioner for the agency’s Office of Pollution Prevention and Technical Assistance.

From 1993 to 2004, Neltner was an adjunct professor at Indiana University’s School of Public and Environmental Affairs. From 1988 to 1993, he was regulatory specialists with the Indianapolis Center for Advanced Research and vice-president of the Environmental Management Institute. From 1982 to 1988, he was an engineer with Eli Lilly and Company.