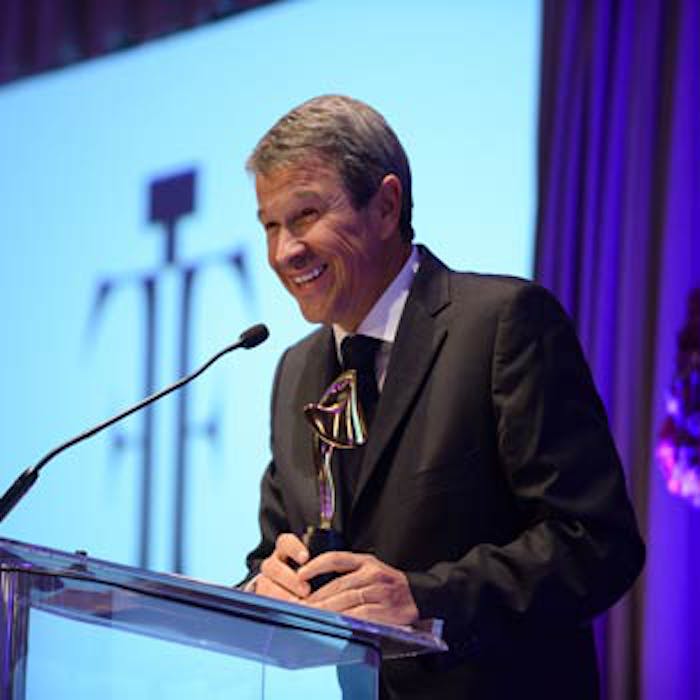 His tenure with the company marked significant growth and investment in international R&D. Firmenich has also led the company in several sustainability initiatives, including the development of women-run businesses in Uganda, rainforest-certified vanilla in Madagascar, and building schools in Haiti where vetiver is sourced.

One success in particular, the challenging and nearly failed fragrance, Calvin Klein's Ck One, was recounted by fragrance consultant, Ann Gottlieb. The fragrance was formulated by Firmenich perfumer, Harry Fremont.

"Miracles bear repeating," Gottlieb says, "...suddenly I got a whiff of [Patrick's] fragrance that knocked me out...Well smelling that fragrance, I knew that was it. And that was indeed the fragrance that became Ck One."

Firmenich thanked "the unsung champions of the industry," recognizing the perfumers, the sales teams and the marketers within the industry.

"Now a champion, as it was said tonight, never works alone," Firmenich says, "A champion in my eyes is somebody that helps people lift up, grow up and develop their maximum potential."

In regards to the company's sustainability initiatives, Firmenich concluded the evening by reminding industry colleagues that "companies have a greater role" outside of profit.

He adds, "It is not about profit at all times, at all costs. It is about doing what is right. It is therefore about being a champion of our planet."