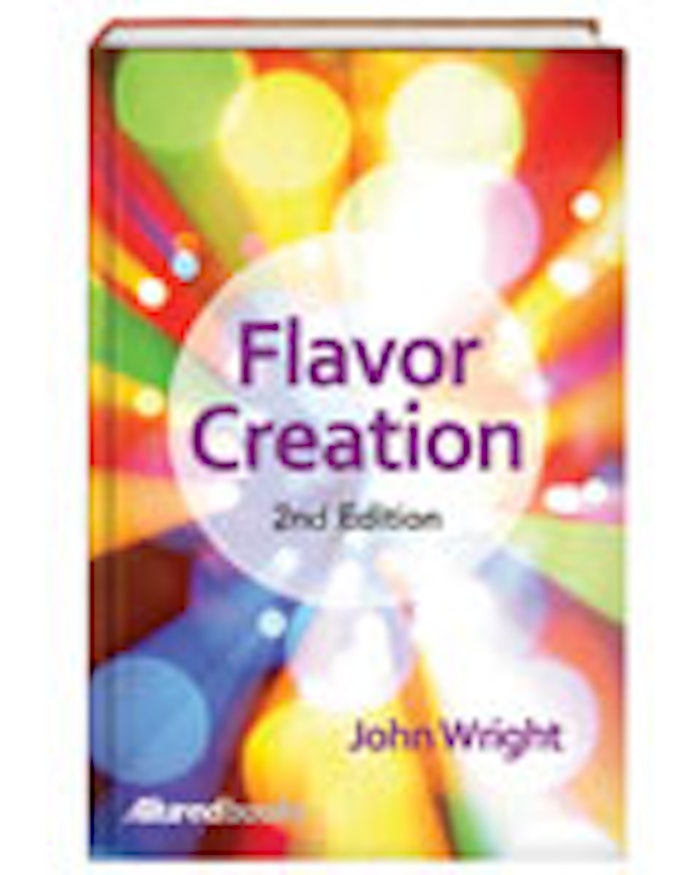 Making flavors is often regarded by outsiders (and also by many within the industry) as a form of black magic. Flavorists are notoriously reluctant to describe the process in real detail, giving rise to the uncomfortable suspicion that it is not entirely susceptible to rational analysis.

All flavorists start as trainees and spend years learning the basics before they get any real chance to test their creative skills. If they are lucky they will have the chance to learn from an imaginative senior flavorist who has the confidence to share their technique. If they are unlucky they will be taught the basics but given little insight into the process. Lucky or unlucky, both groups will eventually come up against the same problem. Flavor creation is an intuitive, rather than a logical, process and they will have to develop their own technique to be truly successful. This is a challenge that relatively few overcome. The few who succeed can progress to become world-class flavorists. Those who fail often have the wisdom to move on and use their knowledge to great effect in other disciplines, such as application technology or sales.

There is no single correct approach. Several different techniques can be applied successfully. There are also a number of techniques that simply do not work.

The first comfortable technique that does not work is the scientific approach. At first it seems hopeful. The simplest approach would be to take the two most promising ingredients from an analysis and experiment with blends in different proportions until the best effect is achieved. Then take the next most promising ingredient and experiment with different levels of addition. The immediate problem is that the addition of the third ingredient has a significant effect on the optimum mixture of the first two. The next step would be to rebalance the first two ingredients to allow for the presence of the third ingredient. Strictly speaking this rebalancing alters the optimum level of the third ingredient and the level of that ingredient would then also need to be readjusted and so on, but for practical purposes the effect diminishes rapidly, and we can eventually ignore these later readjustments. With the addition of a fourth ingredient the process starts to become really complicated. The relative levels of all three previous ingredients need to be changed once an optimum level for the fourth ingredient has been established, which takes us right back to the beginning.

It is easy to see how this method becomes progressively more complicated with every added ingredient. Given a monastic existence and a lifetime to make one flavor this method could work, but it is obviously not practical.

The second comfortable technique that does not work is "mixology." This disastrous approach takes existing flavors and blends them together; hardly challenging, and difficult to see why it will not work. If all the flavors in the blend mimicked nature closely, then there might be some hope, but very few flavors do and mixology is usually doomed to failure. The problem is that the perceived concentrations of the components of a flavor do not alter uniformly with concentration, and a flavor used at, say, 33% of the correct dose rate becomes unbalanced. This is usually true of all the flavors in the mixture and the result is a mess.

The third apparently easy technique, which also has severe limitations, is the commonly used option of modifying existing flavors. If an existing flavor is reasonably close to the target it might seem a simple task to modify the levels of the components. The approach runs into two problems. If the modification only involves a secondary profile character (one which is not involved in the recognition of the flavor type), e.g., green, then modifying one component will not work, but modifying all the green notes in unison should. Allowance needs to be made for the different changes in perceived strength with changes in concentration for each ingredient.

If the modification involves a primary profile character, such as violet, which is essential to the character recognition complex of raspberries, then changing that note will necessitate the rebalancing of the whole flavor.

Many flavors are modified in this way. The task is much more likely to be successful if it is carried out by the original flavorist (who will already know the odor interactions between the different components). Even then it is a far from ideal approach and is best limited to relatively small changes. Use of this technique goes a long way to explain why so many flavors in use today are, to put it kindly, second rate.

Luckily, there are a few approaches to flavor creation that actually work. Any successful technique must simply recognize the fundamental structure of flavors and then proceed logically. All successful flavorists have the ability to imagine the interactions between a very complex blend of raw materials and to use intuition and creative originality to fashion a work of art. Most successful flavorists trained as scientists, but scientific method alone, without the spark of creativity, would mean that a single flavor would be a lifetime’s work.

This information is an excerpt from the book Flavor Creation, 2nd Edition. To learn more about this topic or to purchase the entire book, visit www.alluredbooks.com.