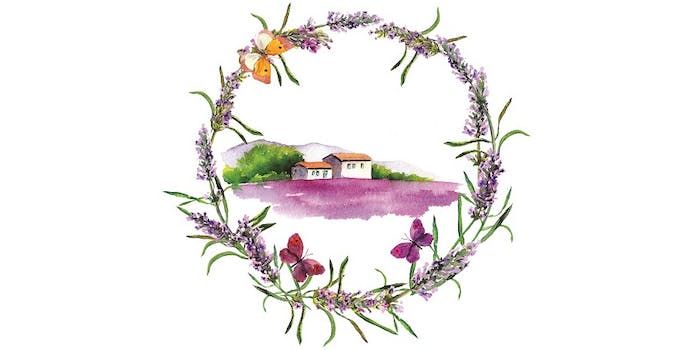 There is somewhat of a sustainability war between synthetics and naturals in both the scientific and consumer communities. Some believe that the low water usage and limitless supply potential of green chemistry outweigh the high demand of resources and square footage of traditional farming; others that the carbon footprint of large corporates belie the livelihoods of smallholder farmers that are primed to action environmentally “circular” practices, in which waste could be minimal.

Naturals, however, have one great advantage: their visual beauty. In an era of unprecedented power for visuality in which, not since the pre-Enlightenment Renaissance, the written word has arguably fallen in rank below that of the image, this is an important fact. It is very hard for everyday non-scientists to be emotionally moved by synthetics. Let’s say, for this argument, that naturals win that debate.

Where it Came From

It is hard to quantify the value of nature in commerce. When reviewing the global natural and organic personal care industry specifically, the market is expected to be valued at $21 billion by the end of 2024, riding a CAGR of 8.8% over an eight-year historya. But the exploitation of “natural,” as a means to explain both forms and frameworks, can be found in almost every single product category on earth – from furniture to food, art to fashion, even in financial services (via the natural order of things, balancing acts and survival of the fittest). The cult surrounding nature as a value accelerator is reaching high tide, synonymous with health, prosperity, and earnestness – a useful tool, given that a quarter of teens aged 15-17 state they worry about staying healthyb.

This has, of course, watershed into perfumery with dramatic results – photo-realistic compositions such as Pulp by Byredo, the ubiquity of “Grassoise” rose in every niche launch and, now, the introduction of “farm-to-table” marketing. Victoria Buchanan, senior futures analyst at The Future Laboratory, explains that

“An obsession with wellness and detoxification, both in terms of diet and products, is fuelling a demand for stripped-back, ‘clean’ ingredients. Consumers are becoming more knowledgeable about possible irritations caused by synthetic ingredients in fragrances and preservatives and are reading labels more carefully, a habit picked up from the grocery aisle."1

Restauranteurs already felt out this social trajectory as early as the 1970s; perfumery often lags behind the food and service industries when putting innovative cultural impulses into concrete. As journalist Cinnamon Janzer discussed in an Upserve feature on the history of the farm-to-table movement, “it’s impossible to talk about the rise of farm-to-table without discussing the fall of the processed food empire.”2 She succinctly summarizes the reengagement with smaller farms and their local organic produce, dominant until the Second World War, via the growing mistrust that took root in the hippie lobbies for mass-produced long-life processed groceries. Eventually “showing up in formal food structures” such as Alice Waters’ restaurant Chez Panisse in 1971, the movement continued to find followers at the rising number of farmers’ markets, which increased from 1,755 to 8,268 in the United States between 1994 and 2014, before fully branching its roots on the back of the mega-trends for craft storytelling, holistic wellness and the experience economy from the early 2010s to today.3