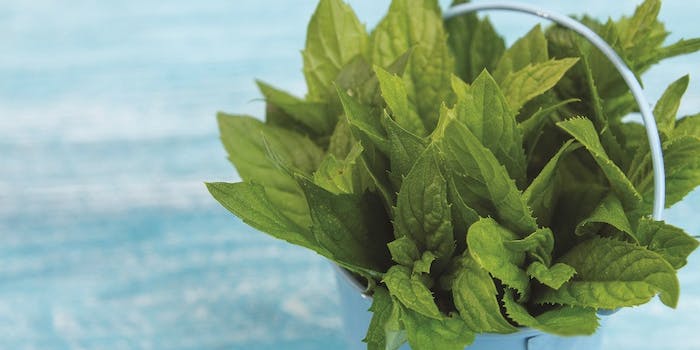 Some raw materials become so strongly identified with a specific flavor that it can be surprisingly hard to imagine them outside that category. Menthone (FEMA# 2667, CAS# 14073-97-3) is a perfect example of this category. The vast majority of this chemical is used in mint flavors and the character is so strongly peppermint that it is hard to imagine that it will not impart that distinctive peppermint aroma to any other flavor it is used in. Nevertheless menthone, in addition to a number of other chemicals with broadly related odors, such as piperitone, does play a useful minor role in quite an interesting range of flavors. Modest additions of menthone can raise many non-mint profiles out of the ordinary.

Peppermint: It would be impossible not to mention peppermint flavors. Menthone has a significantly more attractive character than iso-menthone and it should be far and away the dominant partner of this pair of ketones. A level of 10,000 ppm is ideal for a peppermint flavor, which is equivalent to twenty percent in a peppermint oil.

Spearmint: The hint of peppermint from around 400 ppm of menthone in spearmint flavors is too little to be easily identified as such, but adds welcome complexity and brightness.

Blackberry: Just a touch of menthone, around 20 ppm, combines very nicely with the berry notes of blackberry flavors and brightens the profile.

Blackcurrant: The big deterrent to adding menthone to blackcurrant flavors is the excessive use of buchu oil in traditional flavors. A satisfyingly pungent level of sulfur notes from buchu oil carries with it an obvious excess of menthone. If the sulfur notes are added separately a modest addition of menthone, around 150 ppm, lifts the profile nicely without tasting obviously minty.

Blueberry: A similar level, in the region of 100 ppm, has a similar effect in blueberry flavors and forms a nice counterbalance to the linalool.

Raspberry: Raspberry flavors function in a very similar way to blackberry flavors and a similar level of menthone, 20 ppm, is equally effective.

Strawberry: The use of menthone in strawberry flavors is very much a matter of opinion – it would seem to clash. Nevertheless, a small addition of 10 ppm is well worth trying and would certainly make matching a challenge!

Kiwi: Kiwi flavors are often quite delicate and the ideal level of addition of this compound is very modest, only around 5 ppm.

Lychee: Menthone contributes to the character of lychee flavors at levels in the region of 100 ppm, offsetting the dominant fruity notes.

Mango: A level of 10 ppm of menthone is good for mango flavors, adding a hint of brightness.

Papaya: Menthone reduces the cloying effect of papaya flavors and even a tiny addition of 2 ppm is quite effective.

Passionfruit: The effect of 20 ppm of menthone in passionfruit flavors is interesting, lifting the top notes and adding authenticity.

Apple: The faint, clean lift provided by a slight 5 ppm addition of menthone is very useful in all styles of apple flavors

Apricot: Menthone finds a natural home in apricot flavors and lifts the character very effectively at around 100 ppm.

Cherry: Cherry flavors based on excessive levels of benzaldehyde will not benefit from the addition of this ingredient but more subtle flavors can be helped by low levels, around 10 ppm.

Grape, Concorde: Just a hint of menthone, as little as 2 percent, can give an interesting twist to authentic Concord grape flavors.

Lemon and Lime: Minty notes might seem to be very antagonistic to citrus notes, but in practice around 50 ppm of menthone is quite useful in both lemon and lime flavors.

Mandarin and Yuzu: Menthone does not find such a good natural home in orange flavors but a low level of addition, around 10 ppm, is useful in mandarin and yuzu flavors.

Peach: As with apricot, quite high levels of menthone work well. A good starting point is 150 ppm.

Pear: Pear, like apple, only needs a subtle lift and 5 ppm is also a good level to try in this category of flavors.

Basil: Basil is one of my favorite herbs and can lift so many dishes. I try to always use fresh leaves because the dried version tastes a little flat. The addition of 20 ppm of menthone to a basil flavor recreates something of the fresh herb character.

Butter, Milk and Cream: Any trusting readers who have not questioned my sanity so far in this article will undoubtedly raise their eyebrows at the suggestion of adding menthone to dairy flavors, especially butter. A level of 2 ppm obviously does not create an enormous effect, but just try it. It is at the very least interesting and adds a hint of freshness to fresh and condensed milk, cream and butter flavors.

Cheese, Cheddar: Fresh cheese flavors are best served by the same 2 ppm level of addition used in other dairy flavors, but sharper, aged, cheeses such as cheddar can benefit from as much as 5 ppm.

Chicken: Chicken flavors can all too easily be too simple with a mixture of unsaturated aldehydes, sulfur notes, lactones and candy characters. Menthone, at around 50 ppm, adds welcome complexity and simultaneously lifts the profile.

Elderflower: Elderflowers grew in profusion in all the country lanes near my hometown and made fabulous wine. The fact that this profile is now becoming fashionable is very welcome. Just try 10 ppm of menthone in elderflower flavors to add freshness!

Tea: Menthone is very helpful in all tea flavors. Black tea flavors can make use of the highest level, around 300 ppm, but green tea flavors are not far behind. A good starting level in this category is 200 ppm.

Vanilla, Bean: Regular readers will probably expect to find vanilla bean flavors included for pretty much every raw material. Sorry to prove you right, but this raw material is also helpful at around five ppm. 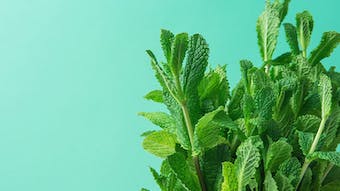 This month's editor's note is keeping it cool, calm and collected as P&F uncovers the essential sensations of mint and oral care.
May 29th, 2020 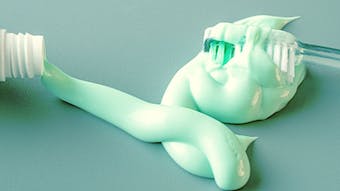 How to meet the market’s demand for sustainable, safe and aesthetically pleasing packaging, without sacrificing flavor.
Feb 28th, 2020 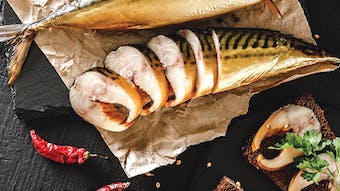 Used with caution, the impactful xylenol family of ingredients provides burnt odor characters to a range of coffee, seafood, whisky and other flavor applications.
Aug 29th, 2019 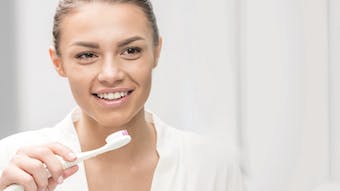 Oral Care – It’s Not Just About the Cavities 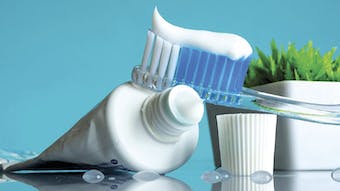 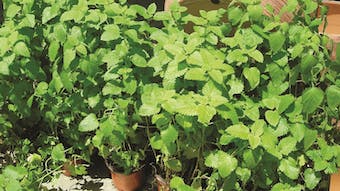 The power of menthol is used to mask off notes of functional ingredients in oral care products and even develop a sense of confidence; as well as aid in digestion and even create indulgent flavor profiles when paired with other ingredients like chocolate, citrus or tea.
May 29th, 2019