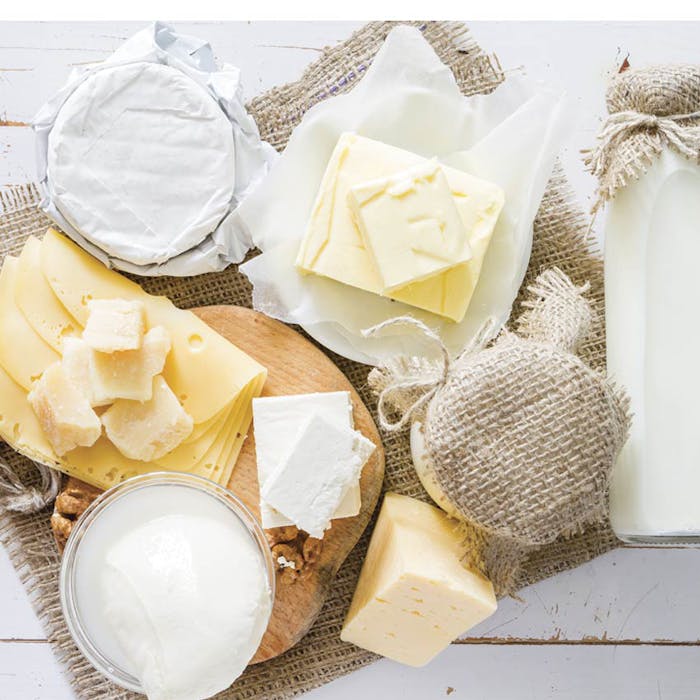 Way back (and this really is way back) towards the very start of my career, I remember an essential oil that was especially shrouded in mystery and intrigue. The Stafford Allen & Sons-part of the newly formed Bush Boake Allen company distilled and extracted many botanicals at its Long Melford plant.

Far and away the most intriguing was massoi bark oil. Harvested in remote and vaguely dangerous Papua New Guinea, the character was quite unique and lactonic. The key flavor component of the oil was 5-hydroxy 2-decenoic acid delta lactone (FEMA# 3744, CAS# 54814-64-1), better known as massoi lactone.

This chemical is nearly identical to the very widely used lactone delta-decalactone. The only difference is that it has a double bond in the two position. This change makes the chemical more powerful and gives a bright edge to the creamy note.

For many years the main use of massoi lactone was in natural flavors, where it did sterling service alone as a creamy note in dairy and many other flavors. My interest in this article is different. Massoi lactone is very effective at much lower levels, often in conjunction with delta-decalactone, adding impact to the creamy note in a very wide smorgasboard of flavors.

Butter: Dairy flavors are the most obvious use of this raw material. The addition of as little as 200 ppm to butter flavors—when used in conjunction with delta-decalactone and delta-dodecalactone—brightens the profile significantly.

Cheese: The effect in cheddar and other types of cheese flavors is more restrained, but 50 ppm of 5-hydroxy 2-decenoic acid delta lactone adds lift and realism.

Cream: Cream flavors are a natural home for this raw material and 150 ppm is a good rate of addition when it is used in combinations with other delta lactones.

Milk: The best level of this ingredient in fresh milk flavors is similar to that in cream flavors, but notably lower than condensed milk flavors. An ideal level is 100 ppm.

Apricot: The addition of 5-hydroxy 2-decenoic acid delta lactone to the cocktail of, predominantly gamma, lactones in apricot flavors increases impact and lifts the flavor beautifully. A good starting point is 30 ppm.

Blackberry: Here again this lactone will not dominate the creamy notes, but it will be a useful addition at around 30 ppm.

Cherry: The ideal level of addition of this ingredient will vary substantially with the style of cherry flavor. An addition of 20 ppm will bring more relevance to authentic style flavors.

Pineapple: Only a trace of 5-hydroxy 2-decenoic acid delta lactone is needed in fresh pineapple favors, but even the subtle nuance of 10 ppm of this raw material is very helpful.

Strawberry: Here, in strawberry flavors, this ingredient will typically form part of a gamma lactone dominated mixture. The best level of addition is 30 ppm.

Cocoa: Alone, 5-hydroxy 2-decenoic acid delta lactone is a useful component of cocoa aroma in nature and is very useful in the recreation of an authentic cocoa bean profile. The ideal dose rate in cocoa flavors is 50 ppm.

Chocolate: The best dose rate in chocolate flavors depends on the profile that is desired, starting out at 20 ppm from the cocoa component, but going higher with the inclusion of cooked dairy notes.

Molasses: Levels of addition of 5-hydroxy 2-decenoic acid delta lactone vary dramatically, with quite high levels still producing acceptable results. In my opinion, a more modest and natural level of around 50 ppm gives the best effect.

Brown sugar: Brown sugar flavors are often more restrained than molasses flavors and the best level of addition of this ingredients reflects this at around 20 ppm.

Vanilla bean: The addition of 5-hydroxy 2-decenoic acid delta lactone provides another modest angle to the complex challenge of recreating an authentic vanilla bean profile. The best level is 10 ppm.

Beef: The power of 5-hydroxy 2-decenoic acid delta lactone is quite telling in all styles of beef flavors, but is clearly by far the most effective in roast beef flavors. As little as 20 ppm adds authenticity and also a subtle taste effect.

Chicken: This chemical is similarly useful in chicken flavors and, again, is more effective in roast chicken profiles. The ideal level is 20 ppm.

Coconut: Even though 5-hydroxy 2-decenoic acid delta lactone is not primarily coconut in profile, it still has a very positive effect at around 100 ppm, brightening the flavor and adding to the overall impact.

Hazelnut: Hazelnut flavors can tend to be a little thin and harsh and often need a little help. This ingredient rounds out the profile subtly at 10 ppm.

Honey: There are many different styles of honey and consequently honey flavors. More obviously floral honey flavors should use around 10 ppm of this ingredient but heavier styles, such as clover honey should use a little more, around 20 ppm.

Bell Pepper: I don’t think 5-hydroxy 2-decenoic acid delta lactone has much of a part to play in raw bell pepper or jalapeño flavors, but it comes into its own in the recreation of roasted bell pepper flavors. A good starting point is 100 ppm.