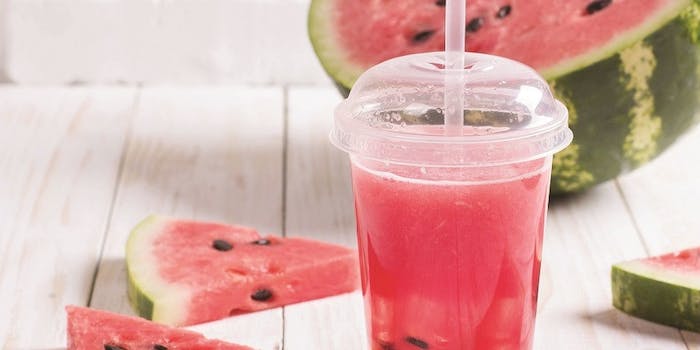 Flavors are both added to the bulk of an edible product, e.g., mixed into dough, and added topically to allow for greater versatility and variety. Topical flavors, however, are often provided as solids, which according to these inventors, can complicate the application process. For example, slurries are sometimes unstable or can cause blockages in application systems over time. Further, the chemical structures of flavor compounds vary widely, so their solubilities in aqueous and non-aqueous media differ. Such incompatibilities hinder the potential creativity of the flavorist, especially with regard to using oils.

According to this invention, 1,3-propanediol has been used in personal care but is not known to be commonly used in the food industry. This polar compound can be prepared from corn sugar, and since it has a similar structure, molecular weight and polarity to propylene glycol, 1,3-propanediol was expected to provide similar properties and taste characteristics. However, it was unexpectedly found to uniquely impact the flavor of foods or beverages—significantly different from propylene glycol.

As these authors emphasize, knowing the aggregate exposure to materials in different types of products is paramount to risk assessment. As such, this study used limonene as a case study to, for the first time, compare the relative contribution of essential oils vs cosmetics in daily aggregate exposure levels. A panel of volunteers used essential oils and cosmetics on four body sites and exposure calculations were made using the Monte Carlo method for probability and sensitivity analysis. Essential oils appeared to be significant contributors to limonene exposure, particularly on the face. The authors note this work is a first step toward determining the aggregate exposure levels of users to other fragrance compounds with sensitizing potential.

Most cosmetic regulations prohibit the use of animal testing for safety assessments, although the local lymph node assay (LLNA) in mice is allowed where in vitro data is insufficient. And according to these authors, to quantitatively assess fragrance risk, a “no expected sensitization induction level” (NESIL) is required; i.e., a dose not expected to cause sensitization in humans. This is challenging to derive from nonanimal data, so the LLNA is typically used.

The present work offers an alternative. It describes a workflow based on a material’s structural information, reactivity data, KeratinoSens assay results and more to predict LLNA results. In vitro and in vivo data on close analogues was then used to estimate the certainty of predictions. The authors concluded that, in data-rich fragrance ingredient domains, sensitization risk assessment without animal testing is possible in most cases by this integrated approach.