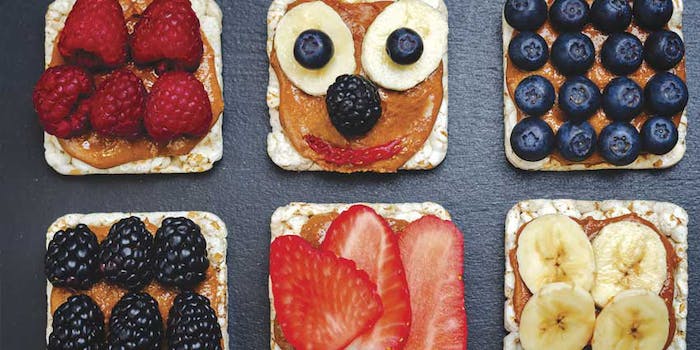 Many of the raw materials we normally consider are, at least for some flavor profiles, important contributors to the overall character of the flavor. In this case the target material, pent-3-en-2-one (FEMA# 3417, CAS# 625-33-2), despite the fact that it is found far and wide in nature, never ventures to take anything remotely close to approaching a starring role.

The character of this chemical can best be described as ethereal. It has a very powerful impact up front and lifts and brightens any applicable flavor category. Several other FEMA flavor chemicals have similar profiles, most interestingly a series of alkyl substituted furans. Why use pent-3-en-2-one in preference to the alternatives? It has a highly clean, uncomplicated profile. It is found widely in nature and probably gives the most natural effect in a diverse range of flavors. In addition, none of the alternatives are nearly as heat stable or substantive in flavors.

Blackberry: The ideal level of addition of pent-3-en-2-one in blackberry flavors is moderate, around 200 ppm. At this level it does not impart an obviously ethereal character, but it lifts and brightens the profile and adds impact to what can often be a rather heavy flavor category.

Blackcurrant: Deciding on the best level of addition of pent-3-en-2-one in blackcurrant flavors is subjective to an unusual extent. More realistic profiles only need a low level, in the region of 50 ppm. More traditional, buchu oil-based flavors can accommodate higher levels to good effect, up to 200 ppm.

Blueberry: This chemical is more at home in blueberry flavors than in any other berry category. A good starting point is 300 ppm, but even higher levels works well in floral flavors. Wild blueberry or bilberry flavors can also make good use of high levels.

Raspberry: Raspberry flavors, very much like blackberry flavors, are best served by around 200 ppm of pent-3-en-2-one. At this level the effect of the berry and pear-like esters is enhanced and lifted.

Strawberry: One of the challenges of creating realistic strawberry flavors is balancing the ethyl and methyl esters. A level of 100 ppm of pent-3-en-2-one enhances the brightness of the methyl esters without imposing a harsh effect.

Apricot: Esters do not play a dominant role in apricot flavors and it can be hard to add attack to a profile that is so dominated by lactones. A level of 150 ppm of pent-3-en-2-one is very effective.

Fig: Fig flavors are an interesting, but minor category. This ingredient helps to overcome the inherently heavy profile at around 50 ppm in realistic fig flavors.

Orange: Several top notes can be used to brighten and freshen orange flavors based on orange oil. An addition of 50 ppm of pent-3-en-2-one works well in combination with the usual suspects, such as ethyl butyrate.

Peach: Peach flavors have similar issues to apricot flavors and a similar level, around 150 ppm, of this raw material is equally effective.

Beef: Savory flavors derive as much benefit from pent-3-en-2-one as fruit flavors and the use of this ingredient simultaneously lifts roast beef flavors and makes individual sulfur top notes less obvious and intrusive. A level of 150 ppm is a good starting point.

Cheese: This ingredient can be used in all dairy flavors, but it is most effective in cheese flavors. The ideal level of addition in a typical cheddar cheese flavor is 100 ppm. The effect in toasted cheese flavors is also interesting and the level of use is similar.

Chicken: Chicken flavors, both roast and boiled, benefit more than any other savory category from the addition of pent-3-en-2-one. The effect is to add impact and also to make the ubiquitous meaty/coffee sulfur character much less artificial tasting. A level of 300 ppm is ideal.

Rice: Cooked rice flavors also suffer from overly dominant sulfur notes, in this case aromas that have an unsubtle resemblance to aged pet hamsters. A level of 200 ppm of this component brighten and rebalances the profile.

Seafood: Pent-3-en-2-one is helpful in all flavors associated with the sea. Fish flavors benefit most and 200 ppm is a good level of addition in this category. Seafood flavors, such as crab, also benefit, but at a lower level, around 100 ppm.

Smoke: Smoke flavors present an interesting challenge and the level of authenticity seems to hinge most on the exact balance of phenolic components. That said, 200 ppm of this chemical is a highly beneficial addition.

Cocoa and chocolate: The ideal level of addition of pent-3-en-2-one in cocoa flavors is 200 ppm, shading down to 100 ppm in typical milk chocolate flavors.

Coffee: An addition of 100 ppm is also a good level of use in coffee flavors. The effect is similar to that in chicken flavors, adding lift and taming the sulfur notes.

Molasses and brown sugar: The best level of use in these two flavor categories is, surprisingly, the same, around 100 ppm.

Tea: This is not at all true for tea flavors, black tea flavors are lifted nicely by a modest addition of only 100 ppm, but green tea flavors are vastly improved by much higher levels, nearer 500 ppm.

Hazelnut: Nut flavors contain a multitude of aliphatic ketones, many of them unsaturated and a significant number with the double bond in the 3 position and the ketone group in the 2 position. The profile of pent-3-en-2-one could not exactly be described as nutty, but nut flavors are the closest this neglected little chemical comes to a starring role. A level of 1,000 ppm is a good starting point in hazelnut flavors.

Pandan: Pandan flavors suffer a little from the unfortunate hamster association mentioned earlier in respect of rice flavors. An addition of 100 ppm is a good level of use in this category.

Peanut: Pent-3-en-2-one can be used in all nut flavors, but peanut flavors are probably the closest fit after hazelnut flavors. A level of 500 ppm works well in all the different styles of peanut flavors.

Peppermint: I am not aware of this chemical having ever been found in peppermint oil, but the serendipitous effect of adding 100 ppm to peppermint flavors in interesting, lifting the profile, attractively.

Rum: All categories of fermented flavors can be improved by low levels of addition of pent-3-en-2-one, but rum is the most obvious category. Dark rum flavors are best served by 200 ppm and light rum flavors by 100 ppm.

Wine: Both red and white wine flavors are improved by the addition of 100 ppm of pent-3-en-2-one, but the effect is most beneficial in red wine flavors which, to my mind, are far and away the more difficult challenge of the two.